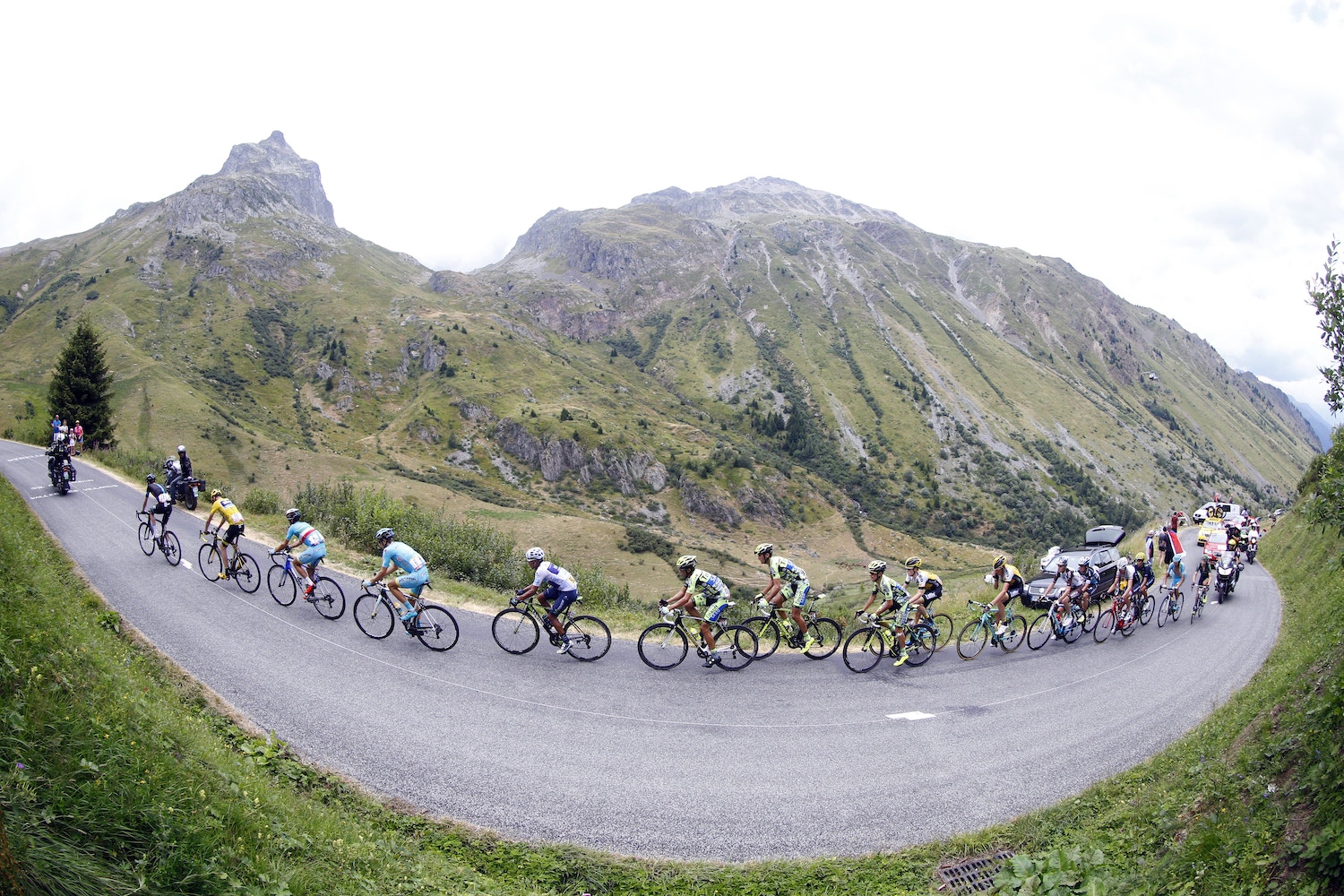 It was a dogfight on Stage 19, the GC contenders attacking each other on the first climb of the day, and not letting up. Team Sky were stripped of their invincibility, losing riders early on in the stage leaving Chris Froome isolated when it mattered. Nibali was the big story of the day, showing the form that took him to victory in 2014, winning the stage in impressive fashion.

200 metres into the stage, the peloton had to contend with the Col du Chaussy, a climb 15.4km in length and an average gradient of 6.3%. Alberto Contador of Tinkoff - Saxo attacked with four kilometres remaining on the climb, Alejandro Valverde of Movistar jumped onto his wheel and for the first time in the tour, Team Sky reacted immediately, Geraint Thomas riding across to nullify the move.

Warren Barguil of Giant - Alpecin was the next to launch followed by Bauke Mollema of Trek Factory Racing and Robert Gesink of LottoNL - Jumbo. This led to another attack from Contador followed by Vincenzo Nibali of Astana Pro Team. The attacks had caused a split in the main group, 25 riders getting away including Contador and Nibali. Astana Pro Team were setting the tempo with 1km to go on the climb, 17 seconds ahead of the peloton with Team Sky at the front. The early pace had done its job, stripping Team Sky of all but three riders. Thomas, Chris Froome and Wouter Poels.

By the time the race had reached the top of the Col du Chaussy, Thomas had been dropped leaving Froome isolated in the second group on the road. The first climb of the day had delivered an action packed start and preview of what was to come.

The combination of a rain shower and freshly laid road created a treacherous descent of which yesterday's winner Romain Bardet of AG2R La Mondiale and Rigoberto Uran of Etixx - Quick Step took full advantage, opening up a 20 second gap by the time they had reached the valley floor. The fearless Bardet reached a top speed of 86.33kph on the tricky descent, highlighting his skill and bravery.

By the time the race had reached the intermediate sprint at Epierre, there was a breakaway group of 21 riders who attacked in the valley floor, taking advantage of a slight drop in pace from the peloton. They passed the sprint without concern, but quickly opened up a gap of two minutes. Team Sky had recovered and now had seven riders at the front of the peloton.

The second climb of the day was the longest in the 2015 Tour de France. The Col de la Croix de Fer was 22.4km in length at an average gradient of 6.9% with some incredibly steep sections. The breakaway group started the climb with an advantage of 1:46 over the peloton being led by LottoNL - Jumbo.

With 11.6km remaining on the climb Pierre Rolland of Team Europcar sensed the breakaway was suffering and launched a strong attack. There was no response from his fellow breakaway riders aside from a drop of their heads in submission.

Back in the peloton and Astana Pro Team started to apply the pressure. It caused an immediate shake up with Thomas and Richie Porte of Team Sky dropped leaving Froome isolated again. Nibali was looking to finish off his team's work by attacking the exposed yellow jersey wearer. Only the elite riders in this years tour were able to respond, Nairo Quintana and Valverde of Movistar, Froome and Contador. Those five riders began to eat into the breakaway's advantage and in no time at all Roland was the lone rider left out in front.

With 3.4km remaining on the climb, Froome seemed to suffer a mechanical issue, dismounting his bike and giving it a quick once over. Nibali caught sight of this an attacked immediately. Froome was gapped by almost 30 seconds and forced to pace himself back to the leaders. Rolland was first over the top of the climb followed by Nibali at 1:06 and Froome's group a further 54 seconds back.

Nibali was able to extend his advantage to 1:30 on the descent, and started the penultimate climb of the Col du Mollard only 50 seconds down on Rolland. Nibali had found his legs and caught Rolland at the top of the climb, the two riders holding a 2:02 advantage over the peloton.

Nibali and Rolland started the final climb up the La Toussuire with a 1:49 advantage, but Nibali was not in the mood for games. The Shark dropped Rolland with 16km left in the climb, he was now solo and riding to victory. With 10km to go Nibali has extended his advantage to 2:19 and was looking like the winner of the 2014 tour again.

In the yellow jersey group Rafal Majka was setting the pace for Tinkoff - Saxo putting everyone else into difficulty. With 5km to go in the stage it looked like everyone had been lulled into a false sense of security, the pace steady and riders happy to ride tempo. On cue Quintana launched his first attack of the day after sitting on Froome's wheel for the entire stage. Froome responded as did Contador and Valverde, but the yellow jersey wearer quickly distanced himself from the others.

With 3km to go it was Nibali in the lead, then 1:21 back to Quintana, then 15 seconds back to Froome. All three riders were turning themselves inside out to get to the finish line. Froome was hurting, uncharacteristically in and out of the saddle trying to generate more power, he was losing time to Quintana who was looking the goods.

Nibali let out a passionate victory salute as he crossed the finish line in first place. The frustrations of the first week clearly weighing heavily on him as he regained some time and respect with a commanding win.

Is Chris Froome in danger of losing the yellow jersey on the Alpe d'Huez? What do you think?

Thanks Graham Watson for yet another ripper pic!