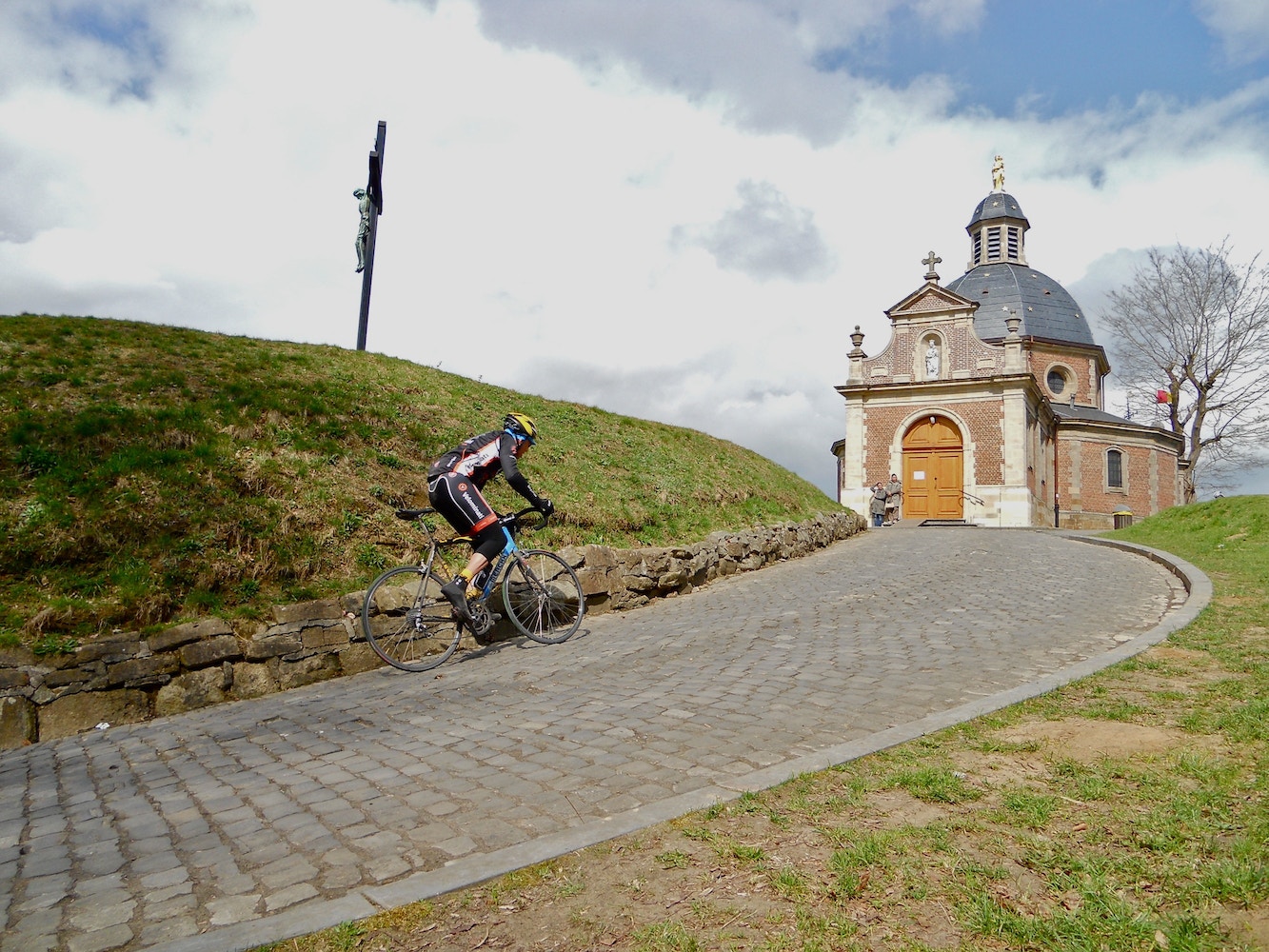 They are known as ‘The Rules’ – a cycling list that is either revered or denounced, depending where your riding religion lies. Compiled by the editorial team at popular ride website Velominati, like it or lump it The Rules are now an entrenched part of cycling culture.

We caught up with one of the lads behind the legislation, Brett Kennedy.

First of all, can you tell us when and how the Velominati were formed?

It was 2009, Tour de France time. I live in New Zealand but I was back at home in Australia visiting and of course watching the Tour. I was on the couch and just surfing forums when I came across this ad for writers for a bike website. I responded and it turned out the person who posted it was Frank (Founder, Editor in Chief and fellow Velominati ‘Keeper of the Cog’ Frank Strack). We got emailing and it started from there. I found out later on that the ad was only online for about 15 minutes.

So the planets were well and truly aligned for you all that day?

How did The Rules come about? Did you sit down and start adding them to a whiteboard or was it just a gradual process?

I suppose the concept of The Rules had been floating around for some time among my mates in Newcastle and me. We had one particular friend in our bunch who had all the right gear, a beautiful bike, but then he’d go ruin it by doing stuff like adding stickers (Rule 57).

So all the gear and no idea?

I wouldn’t be that harsh. Let’s just call him a great rider, a great bloke, but someone who was somewhat untidy when it came to his bikes. He had things like string on his handlebars, pumps taped to the frame, different coloured tyres, and duct tape everywhere. We’d often enlighten him by highlighting what he was doing wrong and we’d say ‘it’s The Rules’ when justifying ourselves.

And does this mate know he’s the source of inspiration behind such a prolific piece of work?

He does. He’s quite proud and wears it like a badge, in fact. We’ve acknowledged him a few times on Velominati as well.

Anecdotally I could testify how entrenched the Rules are in road riding culture just through cyclists I know, but can you give us a more objective idea?

Yeah – I could tell you for example that in the last 30 days the page got over 850,000 views, so an average of 35,000 views a day. It’s a total mystery to us how it got to be this big. I suppose The Rules just get people talking one way or the other, whether they abide by them or think they’re a load of tosh.

We’ve also had The Rules published into books in England and the US. Greg Lemond wrote the foreword for the US version. That was a pretty big deal for us – it was pretty humbling. When each of those publications was launched we saw spikes in the traffic. We’ve had riders from the pro peloton cite them often, and even the great Sean Kelly has commented about them live on air. When things like that happen we see a real jump in traffic as well.

Rouleur has just turned The Rules into a pretty good-looking ‘bookazine’ as well. They’ve done an awesome job, I’ve got to say. Better than we could ever do! We are about to start working on a follow-up book, but what that’s about, well watch this space.

You mentioned Greg Lemond. I was going to ask you who has publicly acknowledged The Rules and made you think, wow, The Rules have really gone places. Is it Greg?

For sure. We spotted a post on his Facebook where he was washing his bike in his Rainbow Jersey. He mentioned something along the lines of ‘to be a true Velominatus you have to be dedicated to maintaining your machine’ (Rule 65). We contacted his people and then that was that…!

Laurens Ten Dam also every now and again will refer to Rules 5 or 9 on his Strava posts, which is really cool. Robert Millar coined Rule 92 and Johan Museeuw was the one who decreed no food for efforts under four hours and always ride in the big ring. He comes and rides with us every Spring on our Keepers Tour, which is great.

What is your favourite rule?

Far out I have a hard time trying to remember a lot of them! We’ll post a photo on social media and before you know it someone will be onto it, telling us we’ve broken Rule #74, say. I’ll be like – what the hell is Rule 74? (editor’s note – V Meters or small computers only)

But my favourite Rule, I’d have to say that’s 42. It was mainly coined because I have a good friend who started doing triathlons, and she had to be stopped!

Oh. That’s the Rule I am currently breaking. That and Rule 1.

(bit of a sigh) Well… there’s always time, and there’s always hope. It’s important you have a goal. My friend came through the other side, stronger and cooler… you can too.

I’ll let you know when I see the light and stop offending. What do you think is the Rule that gets the most amount of air time?

It’d have to be Rule 5. That pops up all the time. There’s apparently now a bike shop in England called Rule 5, and other unauthorised crap gets brought to our attention regularly. Obviously we didn’t coin the term HTFU, we just appropriated it.

But you did make a Rule about it.

We did. But it’s definitely the Rule that’s taken on its own identity.

What about the most controversial Rule?

Well as a collective I guess they’re a little controversial to some people. Every week we get at least one person who takes the time to sign up to our site so they can then post telling us what douches we are. We love it. We just sit back and watch the community respond! But then a fair portion of those people end up staying and becoming long-time Velominati community members.

Get more great reads here at Everything Bike

What is the most abused Rule?

Rule 29. The saddle bag rule can generate weeks of argument. People really defend their right to carry what they want where they want on their bike. We’re like; sweet – but it looks crap. But seriously, we really don’t care what people do. If they’re out riding, then great. But we believe that looking good makes you feel better and ride better. And maybe you’ll be more accepted into normal society.

Normal society will accept you in head to toe Lycra?

Well – that’s what Rule 17 is there for. Don’t look like a billboard and you should be fine.

Is there a current rider you think best exemplifies someone who bows at the altar of The Rules and equally, someone who consistently should be sent to exile for their lawless ways?

Oh well The Prophet Eddy Merckx is our patron saint of course – he can do no wrong. In the current peloton though I reckon it’s probably easier to name serial violators. Though it seems a few recent World Champions have heeded the black shorts with Rainbow jersey Rule, which is good to see.

Ouch. Legislation can be changed to adapt to an evolving society. Have The Rules ever been changed?

We have taken on board a lot of feedback over the years and we’ve tweaked a few Rules. We’ve also merged a few to reduce ambiguity and to cut the bloody list down a bit!

But I am guessing you’ve never revoked any… ;) Although there are a few that cross over, these Rules are largely for road riders. Are you thinking about a MTB version, especially given you yourself MTB as much as you road ride? (Brett is also Editor of Spoke Magazine, an mtb mag from New Zealand.)

I am probably the Keeper who does the most amount of MTBing. Velominati is predominately a road riding site. But we’ve thought about it, we just haven’t ever done anything about it.

Should there be a Rule about cyclists who, like you, have their foot on both pedals so to speak? Those who are MTBers as well as roadies?

No I don’t think so, most people I know ride different disciplines and I’d hate to have to choose one or the other. As long as you’re riding that’s what counts. Just not on a recumbent or a Fat Bike! We reserve the right to bike discriminate against whatever we don’t like – haha!

Right now I have three road bikes, one mountain bike and a commuter. I had a singlespeed mtb sitting back in Aus for a while but I’ve given that to a friend. Well, I sold it to him. Cheap.

Isn’t that breaking the Rules? Losing a bike rather than gaining?

Technically it’s not breaking #12. You always just need one more. I just brought back my dream road bike from Belgium, a steel Jaegher which got a good baptism on the pavé. So one gone, a better one to replace it. That works.

Well it’s been a real pleasure. Thanks for your time. I look forward to bragging to my bunch that I’ve been chatting with you.

No worries, my pleasure. Please work on Rule 42.