Aru Heir to the Astana Throne? 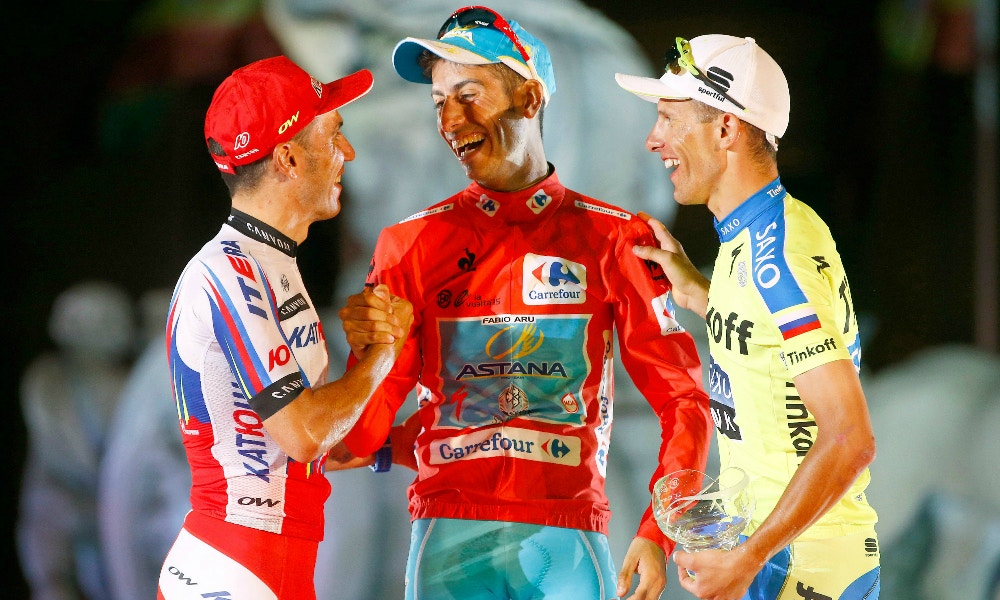 Fabio Aru of Pro Team Astana has won his first Grand Tour title and according to Pro Team Astana General Manager, Alexander Vinokourov, the Tour de France could be next.

The young Italian answered every question put to him over the 3,358 kilometre journey and finished 57 seconds ahead of Joaquim Rodriguez of Team Katusha and 1:09 ahead of Rafal Majka of Tonkoff - Saxo.

As expected, the final stage finished with a bunch sprint after the traditional ceremonial start. Aru and his team celebrated as the peloton slowly rolled its way towards Madrid. A break away of six riders went up the road but they were given no room at all, the big teams of Team Giant - Alpecin and Trek Factory Racing ensuring there would be no surprises. John Degenkolb of Team Giant - Alpecin was set up perfectly by his team in the run to the line and finished off their good work. After losing the red jersey on the penultimate stage, the win lifted the spirits of the team. Degenkolb describes the emotions after the stage as having gone "from zero to 100 now, and we can go home with positive feelings because this was still an awesome Vuelta, with sixth place overall and three stage wins for the team."

Aru stayed away from the intensity of the final sprint, safely crossing the line for his first Grand Tour victory.

"It is a dream, I am very emotional and proud," said Aru. "I would like to thank my team-mates, they believed in me and what was possible. Yesterday was the most important moment, we did an amazing job as a team. We began this year with enormous headwinds, and for all of our struggles and all of our setbacks we come to Madrid today and stand on the top step of the final podium to keep a promise we made to ourselves at the beginning of the season - to win a Grand Tour ".

Vinokourov spoke about his young star after the win:

"We will discuss his schedule for next year over the next few weeks but it is going to be all about the Tour de France. We have seen how strong he is over the past three weeks and I am sure we will see it again next year."

The team award was won by Team Movistar, with Alejandro Valverde adding to the trophy cabinet with the green points jersey. Omar Fraile of Caja Rural Seguros RGA won the polka dot jersey for the best climber and for all his hard work, Rodriguez managed to pick up the white combined jersey.

An outstanding three weeks of riding saw Esteban Chaves of Orica-GreenEDGE finish the tour in fifth position overall, a feat with which even he was surprised. Another heroic feat during the 2015 edition of the Vuelta a Espana was that of Adam Hansen of Lotto Soudal. The Aussie notched up his 13 straight Grand Tour describing the accomplishment as "special and unique," and showing no sign of stopping.

"I'll continue racing all the Grand Tours until I fall off my bike!" he said. "I hope I can still win a stage at the Tour as well." Thanks Graham Watson for the great race images