Harry's Handy on a Bike 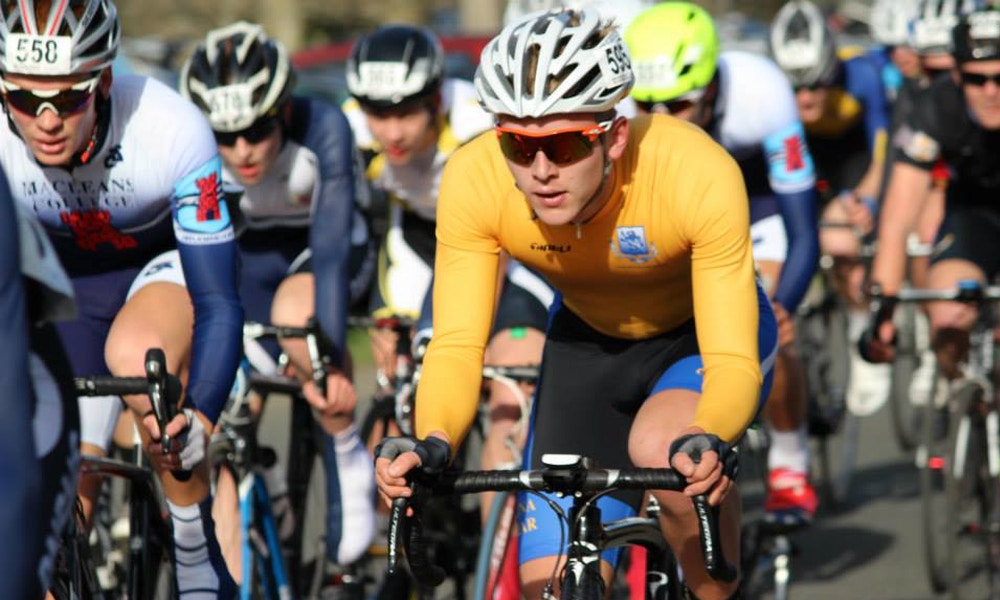 If you’re into the NZ high school riding scene then you’ll know of Harry Elworthy. He’s been training and racing as part of the Takapuna Grammar School cycling squad since year nine. Having just finished his final year and now waiting for those uni offers to hopefully roll in, we caught up with the bright young talent.

What bike do you have?
A Pinarello Dogma 2 with 11 Speed Ultegra

What got you into cycling in the first place?
Dad was always into it so I started going out on the bike with him.

What’s your pet distance?
It’s probably only in the last year and a half that I have been able to answer that; I’d say road sprints. I’ve really enjoyed all road training over the years and I definitely love all racing. But it feels like I’ve hit my straps with sprinting lately. Check out our Everything Bike Blog here

What level racing have you done?
Takapuna Grammar School is really competitive and so we’re racing every week during winter. I love to race and love to place. In year nine I won three national riding medals and that pretty much told me to stick with riding. I’ve pretty much placed every year since and have won the North Island national Championships and represented New Zealand at the Australasian Championships in Noosa, Australia.

What was it like heading to Aus to race?
A huge learning experience. It was awesome. What I really loved was racing against people I’d never raced previously. And racing in Noosa was pretty spectacular, too. I made a lot of friends over there and have had some of them come over since. It also gave me really good exposure to some of our coaches back here.

Speaking of back here, where’s the best area for training?
I’m not a big fan of riding in Auckland; too many traffic lights and too many left-turning vehicles! I like to head out straight away and go North or West into the countryside. And is your dad still keeping up?
Dad doesn’t come out on the training sessions! I have a top bunch of mates who are at a similar level so it’s great to head out with them.

Is there anyone in the cycling world you really admire?
The North Shore is heavily populated with some of the best riders in the country – I am so lucky. Tim Gudsell is my coach and there are Olympic cyclists and elites like Taylor Gunman. It’s like living amongst giants and it feels like a real blessing.

What’s your best cycling story so far?
I was racing at the Te Awamutu Junior Tour when I came off in the very final stage and actually broke the bike, so I couldn’t even finish. I lost points. A week later I was back to race the Club Nationals. After that race I was riding home and had another crash and again broke the bike. I arrived home with a crank under my arm. I seriously thought the race Gods were against me. But then a few days later I had a road race and placed third. Where to next?
Tough one. I am waiting on uni offers now – either here in NZ or in Sydney. I really want to continue to ride but I want to get a degree as well in either Physics or Engineering. It’s going to be interesting balancing study with riding. I will wait and see how it goes…