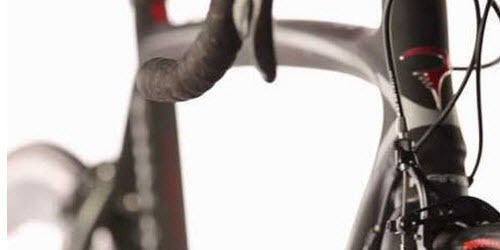 Stylish Italian design meets functional racing geometry - these are the few words that could summarise the new Pinarello Paris.

Pinarello have had a strong history on the pro-racing circuit. Jan Ullrich, Miguel Indurain and Mark Cavendish are all riders to have been part of the Pinarello fold over the years, and adding to that impressive list of talent ambassadors are two recent Tour De France winners Chris Froome and Bradley Wiggins, who rode Pinarello to win the 2012 and 2013 Tour De Frances successively.

The Paris has no compromise on quality at a decent price tag. From a distance the Paris could even pass as the twin of the Dogma. At close range, the only real aesthetic differences are a slightly narrower weave on the carbon used in the Paris, and a slightly subtler shaping around the chainstays. The detailing on this bike is jaw dropping. For the stealth looking black on black option (BOB), the finishing switches between a naked matte carbon and a slight polished affect with a subtle pattern that runs along the front and rear forks and accentuates the Italian shaping that Pinarello are famous for. No surface seems to have been overlooked on this bike, with the seat post even containing the Pinarello branding.

Pinarello are also known for their slightly heavier builds, however with this provides a comfortable ride with stiff and reactive handling. The build is asymmetrical, weighted and reinforced to the right side of the bike to ensure even weight distribution, a big belief of the Pinarello Research & Development team.

The Paris is a stealth looking bike pitched at the avid road cyclist, someone who admires and appreciates a great looking bike, without compromising on functionality.

To see a video review and other bicycle and accessory reviews check out BikeExchange.tv