Time Out with Gordon McCauley 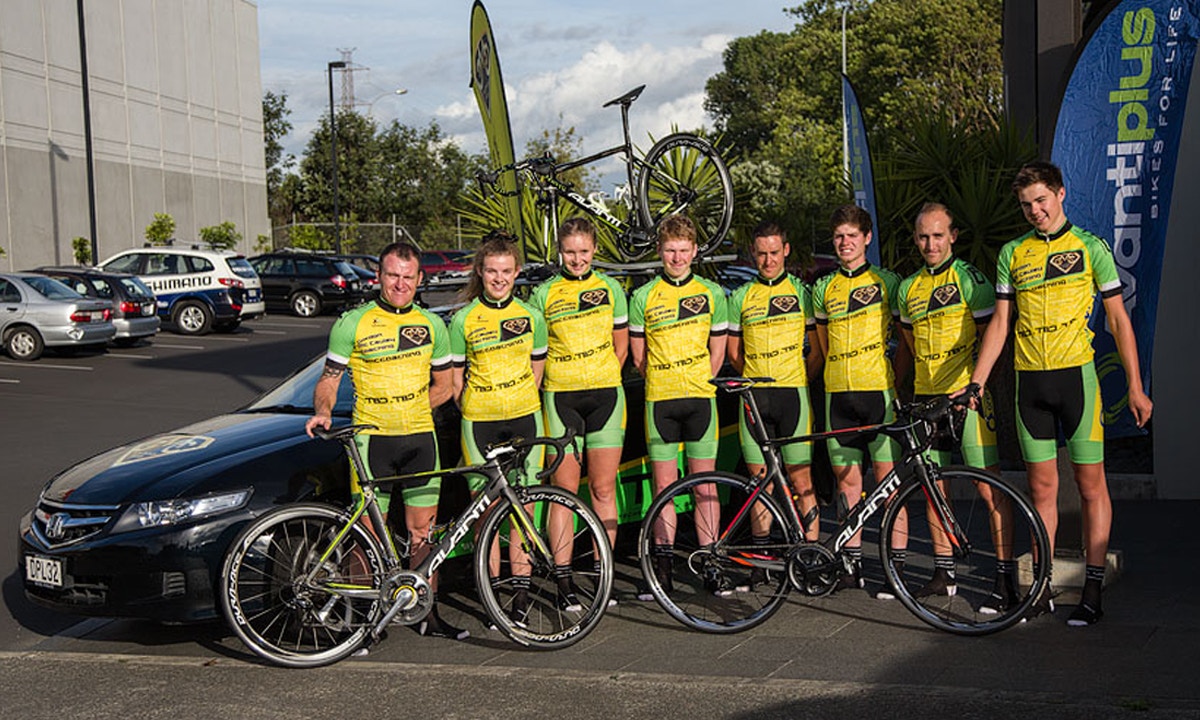 When we caught up with Gordon McCauley, five times NZ National Road Championships winner and Melbourne Commonwealth Games Bronze medallist for the Individual Time Trial, he was on the couch. Not somewhere you’d normally find the elite athlete and professional coach, but then again it’s not normal for Gordon to crash, and crash bad. In February this year whilst racing The Hub Tour, Gordon collided with a fence, breaking his left patella in four, completely smashing his tibia and snapping off his fibula at the top.

It’s the first injury in his life that has prevented him from cycling whilst recovering, but Gordon McCauley is the kind of man who appears to drink a cup of concrete as part of his daily dose of medicine. Indeed, he recalls breaking his wrist just weeks out from the Melbourne Comm Games. He shifted his training to double ergo sessions each day, thus taking the pressure of his wrist (and paving the way for his Individual Time Trial success). He still remembers the look on his wife’s face when she came home one day to discover he’d hacked off his plaster cast so he could, in his mind, train more efficiently.

Gordon didn’t start out a lean athletic machine. He recalls his early forays into cycling at school, and getting teased by other kids for being a little overweight at the time. Their taunts drove him and shaped the athlete he was to become – whenever someone said he couldn’t do it, he just worked even harder to prove them wrong.

For Gordon, what separates a great rider from a good rider is a combination of dedication, commitment and a touch of mongrel. Plenty of riders have talent ‘coming out their ears’, but they’re beaten by lesser athletes who just want to win more. And Gordon definitely wanted to win. Back then, the adage was ‘he who rode the most, won the most’, so Gordon started riding big-time. By 1990 one of NZ’s coaching legends, Brian Thompson coached Gordon as a member in the junior National Team Time Trial Championships. They won, and the penny dropped – Gordon could take this further.

Further being the operative word – bike racing has taken Gordon to 32 countries to compete and seen him collect a bagful of coveted palmares along the way. The biggest pro during this time? The feeling that he didn’t have to maintain a real job. He was in a privileged position, and he worked hard and was thankful for it. This attitude has informed much of his ethos as a coach; if you don’t have the motivation to train, then don’t pay him to coach you. Toughen up and go ride your bike. And if you’re fortunate enough to have a sponsorship, then don’t even think about whinging if you can’t find motivation. Not good enough – get a job.

It’s a toughen-up-buttercup attitude that might not gel with everyone, but it’s certainly reaping rewards for his GMC Coaching clients, who include pro Tour riders Mal Rudolph, Bernie Sulzberger, as well as Scott Ambrose, Devon Hiley. The proverbial proof is in the pudding.

Gordon’s also a big believer that a quality coach needs his or her own race experience. In the early days of his 15 years as a professional coach, triathletes would approach him for their bike leg. To better understand their athletic goals and needs, and the whole concept of block training, Gordon did triathlons for a year.

Over the years Gordon has maintained a close association with the Drapac team. Committed to nurturing professional cyclists who can then one day be professionals away from sport, Drapac and Gordon share a strong sense of building for the future rather than just racing for the moment. It’s serving him especially well now, as he remains house-bound but effectively still running a successful coaching business comprising two other coaches and some 90 riders.

He’s also putting back into the sport, having this year launched a GMC Development Team of eight riders. With the assistance of Avanti, Technology by Design, Arena Systems Commercial Security, Bolle, Kenda Tyres, Peak Fuel Supplements and Aimco Custom Clothing, GMC is providing the riders with extra financial and equipment support, coaching and life skills to ideally groom them to graduate to Drapac.

If Gordon’s any inspiration; these eight riders are about to go places, and fast. They’ll probably just think twice about telling him the training programme’s pretty intense…!