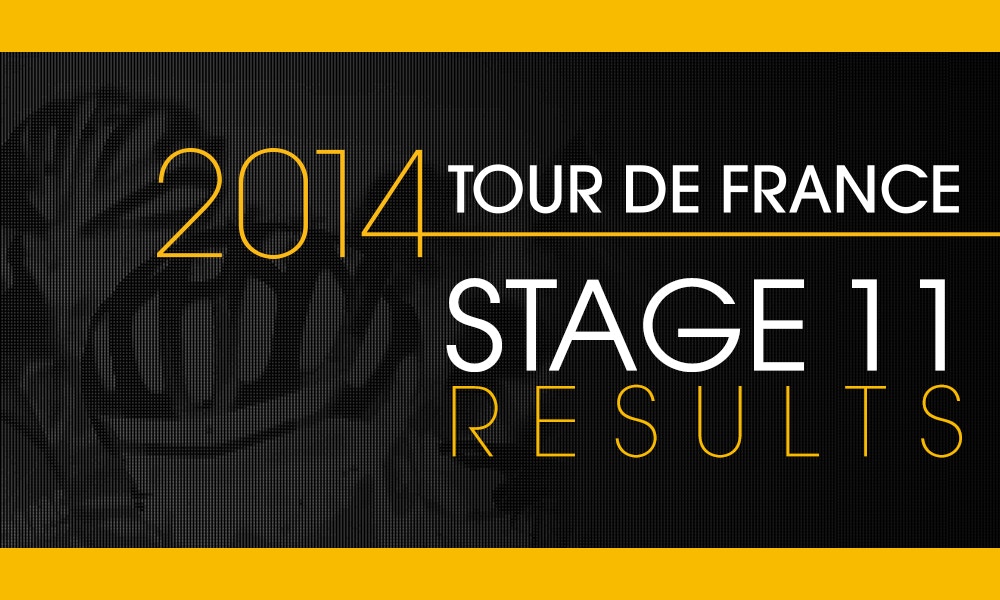 He had the honour of wearing yellow for his country on Bastille Day, and today we saw some brilliant, aggressive racing from Tony Gallopin to secure his first actual stage victory. The win comes off the bat of a fairly lukewarm day for Gallopin following his yellow jersey, but yesterday’s rest obviously gave his legs the recuperation they needed to deliver.

Get your Tour foody fix here

With some 50km left and plenty of climbing still to be had, a series of attacks occurred. Elminger surged ahead of his fellow break-aways, but Jan Bakelants (OPQ) and Nicholas Roche (Tinkoff-Saxo) soon to their places. The three were soon joined by Cyril Gautier (Europcar) and Jesus Herrada (Movistar), before Roche (voted the day’s most aggressive rider) made an attack. Although he reached the peak solo, he lost all ground on the descent and was caught by the peloton, led by Tony Gallopin (OPQ).

Gallopin then made an attack but at just 4.5km to go it was deflected by Peter Sagan (Cannondale), Michael Rogers (Tinkoff-Saxo) and Michael Kwiatkowski (OPQ). Gallopin dug deep at the 2.5km mark and managed to hold all riders off to the finish line.

A big upset today for Garmin-Sharp’s Andrew Talanksy, who began suffering from what appeared to be terrible back pain. At one point he stopped to be collected by a car, but his Directeur Sportif coaxed him back on to continue. Talanksy made it over the line just inside the cut-off and a fraction over 32 minutes behind Gallopin’s ride.

We’ve also started to see Sagan crack publicly – for yellow. On his girlfriend’s birthday he apparently had hopes of taking yellow, but it wasn’t to be. “I'm sick of coming second”, he’s quoted as saying to Le Tour, “but it's difficult every day. Everybody knows me."

It ain’t easy been green.