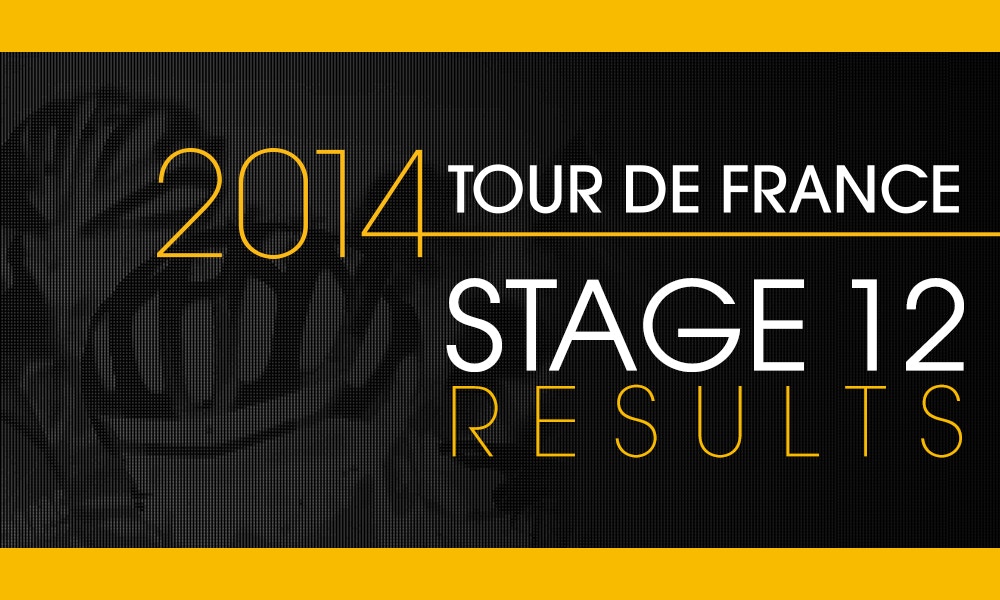 The chance of a Stage win this Tour might just have alluded Peter Sagan for good, after Katusha’s Alexander Kristoff beat him over the line today in St Etienne.

The only Norwegian racing this year’s Tour, ‘AK Kalashnikov’ was true to his nickname, firing ahead despite all the efforts of Cannondale to deliver their leader to victory. It was a spectacular day of racing through France’s Beaujolais area, renowned for its castles and wine.

The scenery might have been the last thing on the mind of five break-aways, who formed a bunch early into the day’s racing and who included Orica-GreenEDGE’s Simon Clarke, Sebastian Langeveld (Garmin-Sharp), David de la Cruz (NetApp-Endura), Gregory Rast (Trek) and Florian Vachon (Bretagne-Seche). It wasn’t until the 50km mark that the peloton, now led by Giant-Shimano’s Ji Cheng (the first Chinese cyclist to race in the Tour), started to rein them back in.

De la Cruz only stayed with the break-aways until about the 90km mark, when a crash (which also briefly took down Langeveld) resulted in a broken collar bone and ended his Tour de France campaign.

Simon Clarke showed us some superb riding today, surging ahead of the break-away at the 26km mark and maintaining the front until 5km before the finish line. Orica-GreenEDGE is hungry for a Stage win at this year’s Tour following their incredibly successful debut in 2013. Clarke was intent to do just that today, knowing a break-away would be his chance. In his words to Le Tour, ‘…it didn’t work out but the Tour is not over yet. We’ll keep trying.’

Shortly after the 5km mark a crash saw Lotto-Belisol’s Andre Greipel go down, ending any aims he had for a sprint win. Unlike some of the biggest names to come off, Greipel appears to have just suffered from some abrasions versus anything more sinister, but it was enough to throw him out of contention for the race.

By St Etienne the peloton was back and well and truly bunched up, with Cannondale having kept their leader as fresh as possible for the sprint finish.

But it wasn’t enough – the Norwegian shot off and claimed a convincing victory and with it, Katusha landed themselves a Stage win and the polka dot jersey.

Get your Tour fix here!