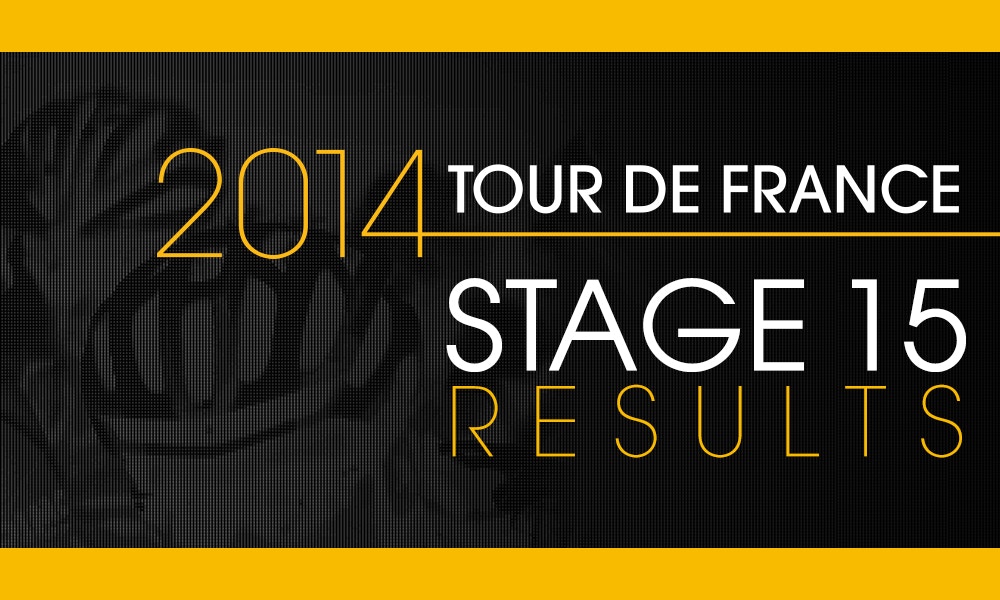 The dismal weather added another layer of challenges to today’s riding, but it wasn’t enough to stop Alexander Kristoff of Katusha taking his second Stage victory at this year’s Tour, followed by Australian Heinrich Haussler from IAM Cycling and Peter Sagan for Cannondale in third.

It was a heart-breaking day for Kiwi Jack Bauer (Garmin Sharp) who, along with IAM Cycling’s Martin Elmiger formed an early break-away lasting right up until the final 50-metres or so.

At the 26km mark the two had formed what would be their maximum distance from the peloton – 8 minutes 50 – but even as they were slowly reined back in, it wasn’t sure until the very end if they’d be caught or not.

Bauer’s candid words in an interview with Le Tour showed just how affected he was by the loss.

“It's just bitter, bitter disappointment. It's a childhood dream to win a stage of the Tour … I'm normally working for others…I faked to be tired but felt I had more punch left. I left it until 400 metres to go. I thought I had it but then I realised in the last 50 metres that I had nothing…A break is not just a group of people who are stronger than the other 180 riders and they just ride away. It's a shuffle at the start of the stage, it's a positioning thing, it's a motivational thing after two hard days,” said Bauer.

“I can be happy with myself because I fought all day long. I didn't think we'd make it to the finish because of the wind that made it difficult. The roundabouts made it technical at the end too,” he said.

Cyclists now have their second and final rest, and they’ll need every hour of it with the Pyrenees looming this week.

Although as Sagan put it, “maybe we could have no rest day and finish one day earlier in Paris…”