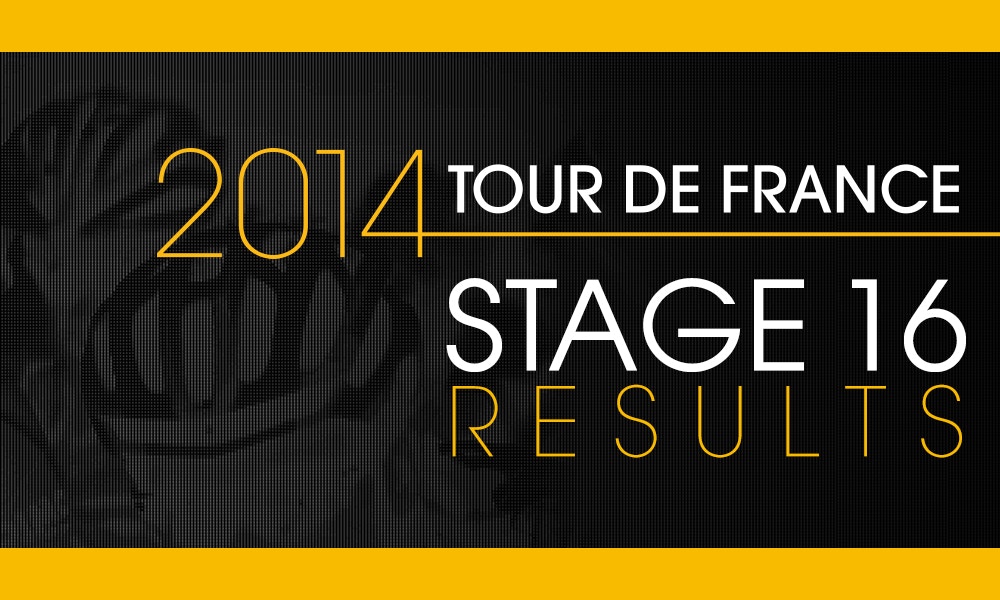 Contador might be out, but Michael Rogers and Rafal Majka are doing a top job of flying the flag for Tinkoff-Saxo!

“I'm certainly riding smarter at this point of my career…My new state of mind opens doors to many opportunities. [The time off racing before being cleared after a banned substance was detected in a test] was certainly a lesson of life for me. Previously, I accepted whatever happened. After that I took a different outlook at life,” he said.

But he admitted the win was bitter sweet given the loss of his leader, Alberto Contador, from this year’s race.

“Had Alberto not crashed, I would probably not be here as a Stage winner. I would have been very tired by now because of defending the yellow jersey… Now that I got my opportunity to win, I could be grateful to him for having abandoned the Tour but no, I'm heartbroken.”

Majka also took the polka dots from Joaquim Rodriguez’s back, scoring the only point available on the Category 4 climb of Côte de Fanjeaux.

Far from being smug over his jersey, Majka admitted it made him a marked man going into the Pyrenees.

“It's difficult for me to defend the polka dot jersey because there are many points in contention and I have two serious adversaries with Joaquim Rodriguez and Vincenzo Nibali,” he said.

A 21-strong break-away group formed early in the piece today, from which Frenchman Voeckler attacked 5km before the Porte de Balès summit and was joined by Rogers as well as Jose Serpa (Lampre-Merida). At this point, there were some 35km remaining, with Kiryienka and Cyril Gautier (EUC) catching the trio on the descent.

But at just 4.5km remaining, Rogers dug deep and took off, crossing the line nine seconds ahead of Voeckler.

Nibali continues to dominate in yellow, and is 4 minutes 37 ahead of Valverde Belmonte in second place.

TDF Addict. Have you got the symptoms?