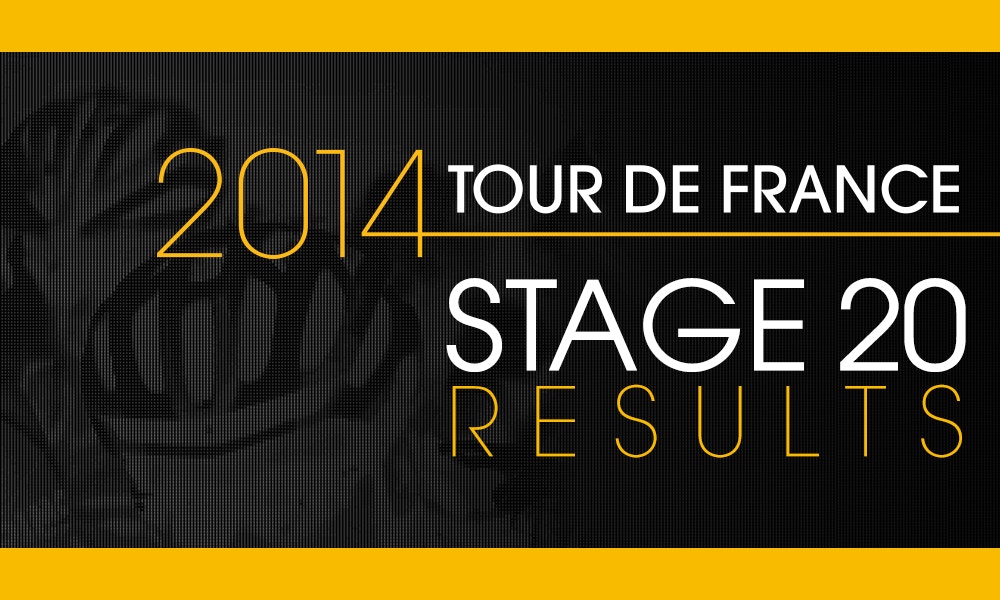 The penultimate day of the 2014 Tour de France delivered no real surprises when it came for the Stage win and the overall classifications, but it was particularly good news for France...

What's an ITT? Find out here

The Omega-Pharma – Quickstep cyclist absolutely smashed it, clocking an average of 48.8km. He passed three other cyclists whilst on course and crossed the line in one hour six minutes and 21 seconds, a solid minute-and-a-half clear of his closest competitor, Tom Dumoulin from Giant-Shimano.

There was great expectation that Martin, this year’s Mulhouse Stage winner, would clean up the competition, and he didn’t disappoint.

“I still had the power after three weeks so it would have been hard for anyone to fight against me. After Mark Cavendish's crash in Stage one, we were all devastated in the team. But we've found the strength and motivation for working together and we delivered great results. We can be proud of our stage wins,” he said.

Astana’s Vincenzo Nibali was never going to be a match for Martin, yet he still produced impressive results, crossing fourth in just two minutes under the German’s time. Nibali now heads to Paris a whopping seven minutes 52 ahead of AG2R Jean-Christophe Peraud.

“I was looking forward to reach the finish,” said Nibali. “It required a big effort to ride the course. I'm pleased to have set the fourth best time…I haven't realised yet how big it is to win the Tour de France. I'll keep that for tomorrow. It's difficult to ride the Tour but the beauty of it is to cycle on the Champs-Elysées.”

Despite a Stage win to Germany and an imminent GC win to Italy, France is frothing with excitement thanks to Peraud and Thibault Pinot (FDJ) re-writing the history books, as two Frenchman take to the podium. It’s the first time in 30 years France has had two riders in the top three – a feat that has not happened since Laurent Fignon beat Bernard Hinault back in ’84.

The peloton will tomorrow roll into Paris (following of the women’s 90km race, La Course) and the juggernaut that is the Tour de France will be over for another year.

It’s been a great ride!