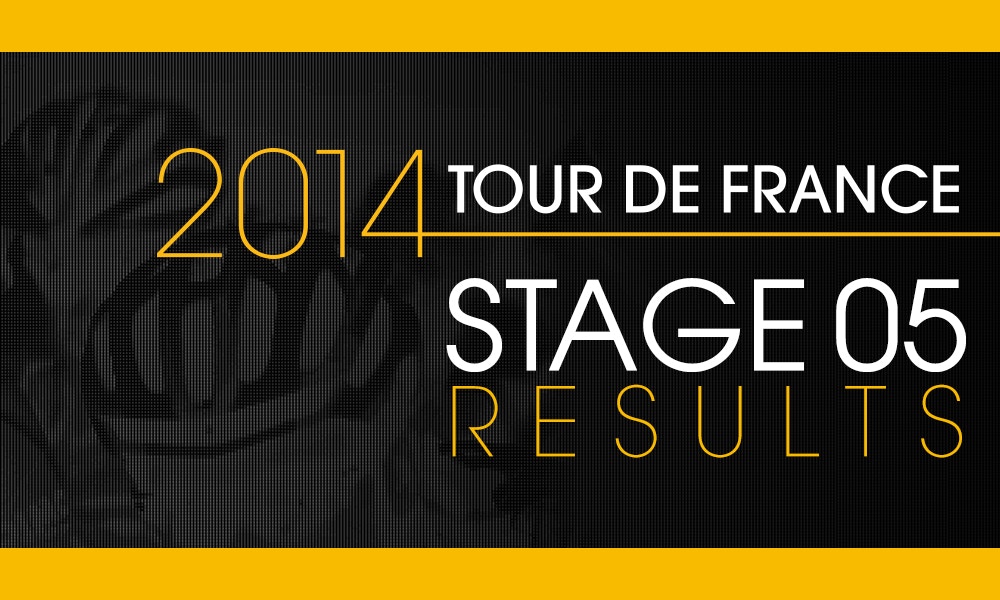 That wasn't exactly what any of us was expecting, was it? As soon as the cobbles were announced as part of this year's Tour, there was anxiety. As soon as the weather forecast for rain looked to be correct, that anxiety was taken to a new level. But with all the trepidation, did we really anticipate Froome having to pull out by Stage 5? Read more...

Dutch former cyclo-cross champion Lars Boom of Belkin used all the crafts of his former trade to secure his maiden Tour de France stage win under what was indeed hellish conditions for today’s riders.

Boom has four times raced Paris-Roubaix, parts of which featured in today’s Stage 5, yet a win had always remained aloof. This (along with a broken elbow earlier in the year) makes for an especially sweet victory for the Dutch cyclist.

In spite of the shocking weather, Boom referred to the day as ‘the most beautiful win’.

He was followed some 19 seconds later by Jakob Fuglsang and Vincenzo Nibali of Astana, who with their other team mate Lieuwe Westra had put up a gallant fight especially for the last 20 odd kilometres of the route.

Nibali, who had never before raced the Paris-Roubaix route, nonetheless had a stand-out day and negotiated the terrain brilliantly.

He was soon followed by the Hulk, green jersey wearer Peter Sagan (CAN), who came over the line ahead of today’s race favourite, Fabian Cancellara (TFR).

But the real shock of the day came before the cobble carnage began, when defending champion Chris Froome (SKY) was forced out of the competition. He started the day knowing he was going into Hell, but little did he know he wouldn’t be coming out of it on two wheels.

With braces on both wrists, Froome came off twice in the early parts of Stage 5, managing to give his body a thorough bruising on both sides now (yesterday it was his left that took one heck of a knock) and effectively ending his back-t0-back Tour de France campaign. Footage of him painfully making his way into a Team Sky vehicle will be an enduring and devastating image from this year’s Tour.

But with adversity comes opportunity.

Despite a tumble early in the day, Australian Richie Porte nonetheless had a strong race on stage 5 placing him eight overall. The Tassie rider now moves into team leader position, so this could be an incredible chance for him to take things to the next level; a Tour de France opportunity like this might end up becoming a game changer for Porte…
But there was no end of spills, as was expected in today’s soaking conditions, which forced race organisers to remove two stages of the most dangerous paves, thus reducing the cobble section down to about 12km in distance.

Jurgen van den Broek (Lotto-Belisol), Tony Martin (OPQ), and Andrew Talansky (GRS) were just some of the names to come off, whilst Alberto Contador (TCS) was slowed right down in the hellish conditions.

Riders crossing the line looked soaked and muddied to the bone and we reckon there’s a fair chance most will be glad to see the back of stage 5. We were especially proud of Orica-GreenEDGE in today’s racing. Not only did they negotiate themselves out and away from any spills, but Jens Keukeliere finished sixth in the stage following sensational racing with his team mates Simon Clark and Mathew Hayman. The latter duo took advantage of a break-away some 90km off the finishing line and managed to be part of a group that clawed almost three minutes ahead of the peloton before getting caught with 26km to go.