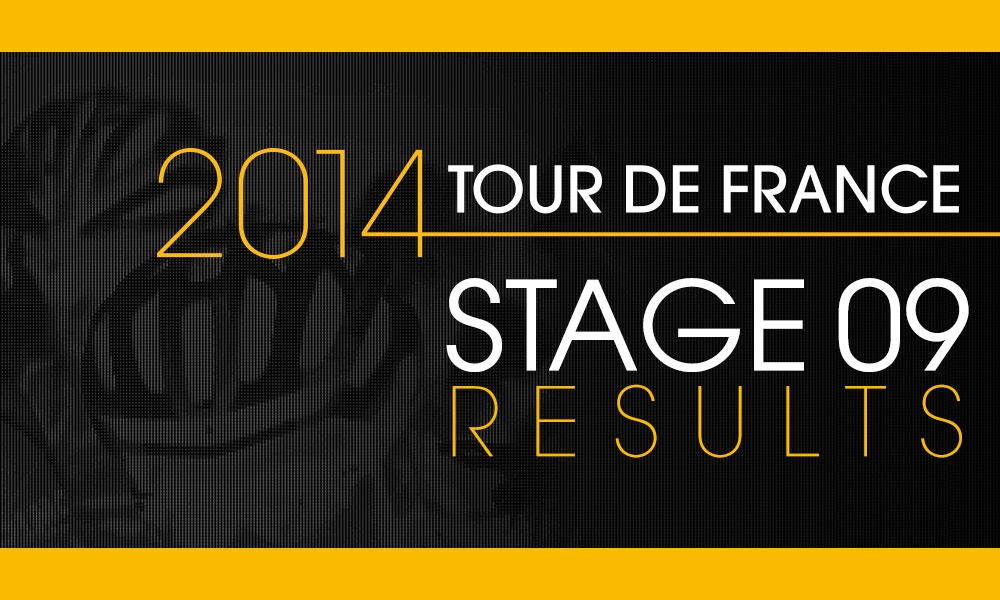 The hills are made for dicing things up, and today's climbing was no exception. We now see a shake-up of not only the leader board but the jersey wearers as well. And more climbing to come!

It was the Tony and Tony show today as Frenchman Tony Gallopin (LTB) took his first ever Tour de France yellow jersey from Nibali’s long-standing grip, and German Tony Martin (OPQ) won the stage and the polka-dot jersey.

Gallopin will have the honour of wearing yellow tomorrow on France’s national Bastille Day, ending a three-year hiatus since the last Frenchman, Thomas Voeckler, wore the coveted jersey in 2001. Not bad at all for a rider of just 26 years of age.

Nibali’s Astana team mate Alexandre Vinokourov confirmed that Astana was happy to acquiesce the yellow in order to save energy for a massive day of climbing tomorrow, and a showdown with Contador.

“We did not lose the jersey, we left it because we need to keep strength for tomorrow,” he said.

The mountains, which began some 11km from the start line, immediately diced up the peloton creating break-aways and groupettos that were to remain for the most part of today’s riding.

Find out about Omega-Pharma - Quickstep here!

Martin, who has now won three Tour de France stages (2011 and 2013) was part of a break away with Italian climbing sensation Alessandro de Marchi. But his controlled, methodical riding pulled away from the competition and he gained almost three minutes on the final descent and long finishing stretch – perfect time trial material for the very end.

Martin continues his fellow countrymen’s dominance of the Tour thus far, clocking the fifth German victory from nine stages and coming over the line two minutes and 45 seconds ahead of Fabian Cancellara (TFR) in second.

It was an incredible ride for the 29 year old three time World Time Trial champion, who probably wasn’t expected to take the podium until the race’s penultimate stage (individual time trial).

The question on many lips – will Martin’s good fortune now rub off on Germany at the FIFA Soccer World Cup?!