Aaron Strong - King of the Mountains 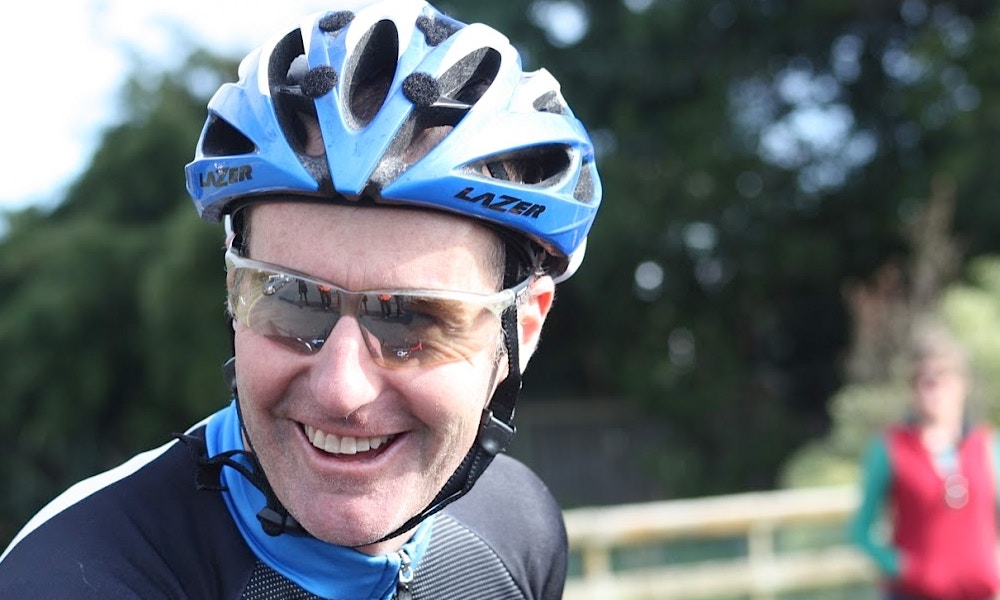 For an incredibly talented runner, Aaron Strong sure does make a great cyclist.

Aaron cut his teeth in the competitive world of sport with mountain running – it was a skill and passion that took him to races around New Zealand and indeed the world.

Luckily for Aaron, he’d always incorporated cycling into part of his cross-training, so when it came to rehab, the bike was a given. As fate would have it, rehab was never going to return Aaron to his previous impeccable running form. As destiny would have it, he wasn’t even six months into solid training on the bike when he started racing… A-Grade.

Any amateur cyclist knows A-Grade doesn’t just normally happen overnight. Although it wasn’t a 24-hour turn-around for Aaron, his DNA was clearly at ease transferring the talent from hitting the pavement to hitting the pedals. No surprises either that his love for running in the mountains transferred to a love for climbing in them on the bike. Those grinding inclines are what he’s always lapped up, though even now at 43 years of age he can maintain A-level in a 45-minute Crit smashfest.

For a man so passionate about sport, it’s probably no wonder Aaron’s career has eventually gone down this path as well. In fact, for a chef Aaron makes a mighty fine sports coach!

Yep – his career during early adulthood was all about cooking. It was the kind of flexible job that enabled him to still give 100 per cent to training and racing. But as he got older, the nagging to shift his work into the sporting arena increased. The idea of trying to return to university for three or so years, however, wasn’t his cup of tea at the time.

An opportunity arose some eight years ago when he was approached by a local Sports Scientist who had started a coaching business. He had the skills, talent, ethic and personality to make a mighty fine coach, but he was lacking the scientific edge. The proposal made perfect sense – they would combine their respective skills and expertise to give their clients the best of both worlds, but to also learn off one another at the same time.

It was during those years that Aaron discovered a genuine interest in and understanding of the science behind cycling. He became a data analyst addict, absorbing everything he could, and respecting the role this played in overall sports development.

Five years ago and Aaron was ready to go out on his own; Steel Springs the coaching business was founded by Aaron and his wife, former pro cyclist Toni Strong (nee Bradshaw). The service has flourished and Aaron coaches over 30 individuals at any one time, including Taylor Gunman (racing for the Avanti Development Team in Australia’s National Road Series).

But with cycling taking off at rocket speed in New Zealand, it’s more so the age groupers who are proving in hot demand for coaching services. It’s less about the pros and more about the serious amateurs who are either out to beat the mates in their bunch, or trying to take themselves to that next level. From U19s to Maters, from Crit riders to Grand Fondo cyclists, from MTBers to triathletes; Aaron’s stable of clients is diverse in age, ability, code and objective. One of his ‘clients’ is the Auckland Grammar School, who appointed Aaron as head ‘supercoach’ for their formidable squad.

As Aaron says however, his personal goal is to always ensure his clients want to be cyclists for life, and not just a spinning flash in the pan. And apparently he’s tried to keep his cheffing days on the down-low. Err – a supercoach who can cook? That sounds like the ultimate training camp to us!

What bike do you ride?

How many kilometres do you average a week?

Anywhere around Hawkes Bay and up around Aucklands Waitakere Ranges, the hill range to the west of Auckland

It used to be the Taupo to Napier, a spectacular 130km race that’s since stopped running. I went this year to Le Race in Christchurch for the first time. I came second so would love to return and try and take out #1 next time!

Learn how to pace a climb evenly from the bottom to the top, and adjust the intensity depending on the length of the hill. So many cyclists go for broke in the early stages and either blow up just shy of the peak, or finish almost unable to walk. That’s not pacing.

Look as far down the road as you can to give your brain time to make decisions.

Mt Ventoux, France. Toni was racing it so I was over there watching and supporting her. It was magic.

What has been the most fulfilling thing about your role as a coach?

There’s definitely a buzz you get when you coach someone capable of truly amazing things. But I think it’s the general buzz of helping everyone improve and achieve whatever it is they’ve specifically set out to.