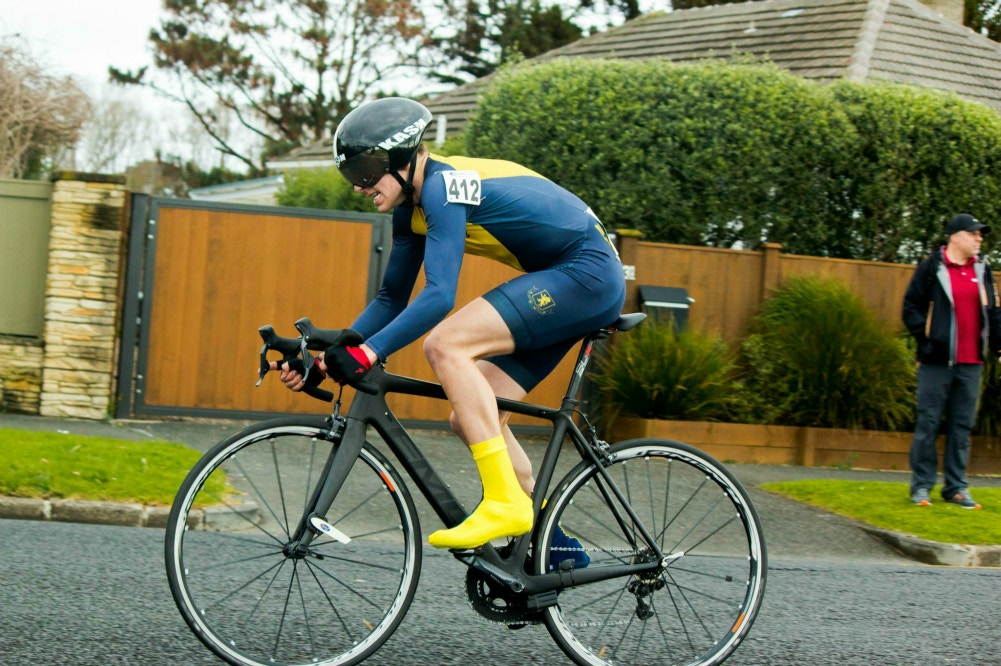 Aaron Wyllie’s older sister might well be responsible for getting him into bike riding.

He used to be ‘dragged along’ to her races by the family, but quickly discovered they were in fact pretty cool.

He had already been riding for a year when he signed up with Auckland Grammar School’s cycling squad. Although just 15 years old, he’s consistently delivering the kind of results that suggest the school might have another top talent coming out of their squad.

We caught up with him for a chat.

First thing’s first, what bike do you ride?
An EMC.

And what kind of riding do you most enjoy?
Probably road. I just like to get out there and ride fast.

And we hear you do that pretty well. Give us an idea of the kind of palmares you’ve already racked up

Well, this year I think I podiumed for pretty much every school race I entered except for one.
Some highlights of the year would be winning the Mt Wellington hill climb and the overall classification at the NZSS Individual Championships in the U16 age group.

How much training do you do each week?
Six days, and probably around 10-15 hours all up. On weekends I like to get out for 80-90km rides but during the week when I have school 50km a ride is probably the most I can get in. Some days I will just do easy efforts at home on the windtrainer.

It’s summer now and cycling is a winter code for NZ schools. I’m guessing you’re still on the bike, though?
Yeah summer turns to track cycling so I usually divide my time between a concrete velodrome in Manukau and a new wooden indoor velodrome in Cambridge.

What kind of riding is on your bucket list?
To be honest I haven’t really thought about that. I suppose it’d be great to one day do some big stage races in Europe.

What cyclists do you look up to?
I wouldn’t say I’ve got any real idols or anything like that, although Sam Webster and Aaron Gate are Old Boys of Auckland Grammar so I quite look up to them.

Where to next with your cycling?
I haven’t really figured that out yet. Recently I was selected for the U17 National road cycling team which brings new training opportunities and all going well some racing in Australia in May next year. Further down the track I’d be quite keen to one day represent New Zealand in track cycling. But I also will probably end up studying Engineering at uni, so it’s a bit of a balance.

Why do you think cycling is becoming so huge in NZ?
I think our performance in the Commonwealth Games has sparked a lot of imagination and interest, and given our cyclists coverage in mainstream media. I think that’s played a big part in it.