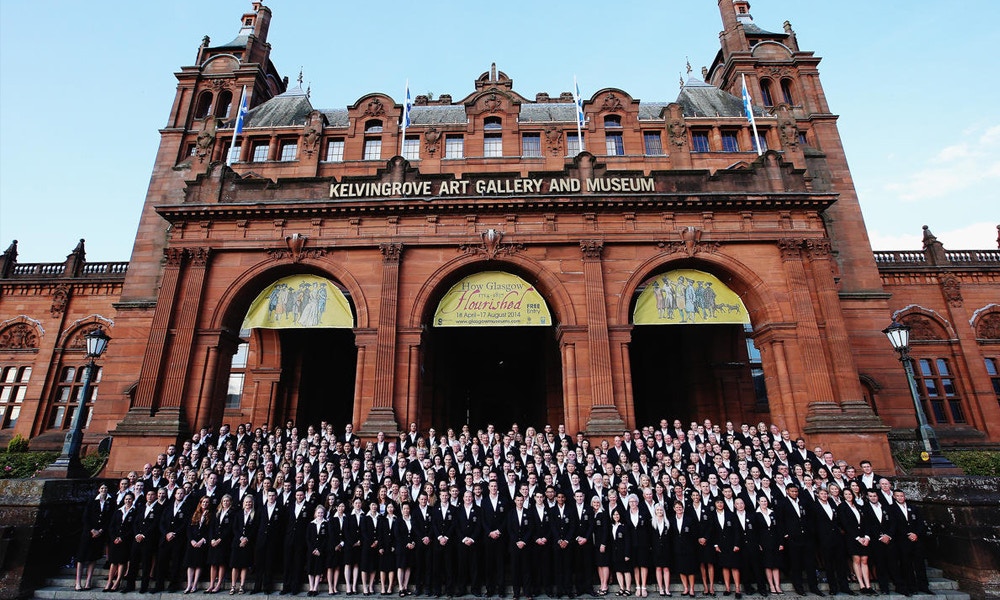 Many of us have been gripped to the tele watching this year’s Tour de France. Well – good news is that we’re about to become really square-eyed as we settle in for even more world-class riding, this time at the Glasgow 2014 Commonwealth Games.

In total, 14 of our 43 medals from this year's Games came from our cyclists - outstanding stuff!

And the Kiwi contingent has put its best foot forward… Read on.

So what's been happening at the Chris Hoy Velodrome?

Well we’ve shown once again that we can punch (or ride, as the case may be) above our weight, with the Kiwis smashing it at the Chris Hoy Velodrome during the 2014 Commonwealth Games. Our team has completed its most successful Comm Games Track campaign to date, and will be heading home with 11 medals, four of which are gold!

Our very first gold for the Games came thanks to Ethan Mitchell, Sam Webster and Eddie Dawkins who took out the Team Sprint. But although they were the first, they’re far from the last!

Tom Scully took gold and Aaron Gate bronze in the Men’s 40km, whilst Webster and Dawkins, fresh from their team gold, did the same in the Individual Sprint. Shane Archbold won gold in the Scratch, whilst Simon van Velthooven and Matt Archibald scooped silver and bronze respectively in the Men’s Kilo Time Trial. Absolutely hat off to Archibald, though, who sliced six seconds of a PB in an event he’d ridden competitively just once. Once!

Jack Bauer backed up an incredible performance at this year's Tour de France to win silver in the men's road race. Anton Cooper was first over the line followed by Sam Gaze in second for the Cross Country Mountain Biking whilst Linda Villumsen took gold in the women's Time Trial, which saw England's race favourite Emma Pooley come second.

Home-grown Avanti is the official bike supplier for this year’s Commonwealth Games as well as the Rio 2016 Olympics. As part of this relationship, Avanti (also sponsors of the Avanti Racing Team and Avantidrome) is providing a series of bikes, locks and helmets that can be used by the Kiwi team to get around the Race Village. How cool is that? They’ll save time and energy cruising around on two wheels versus walking the 35-hectare Athletes Village. Even better, Avanti is donating the fleet to Glasgow charity The Bike Station at the conclusion of the Games.

What cycling events form part of this Commonwealth Games?

The great thing about the Games is it’s of course not just one discipline of cycling. Instead, we get to see a variety of types and distances of riding. Plenty to keep everyone in happy. On the CG menu we have:

Keirin originated in Japan, where it remains hugely popular, and is definitely an action-packed event. It is based on the Track and involves six – eight cyclists following a moped style bike, called a Derny, around the Track. As each lap progresses the Derny picks up the pace. Cyclists must not overtake the Derny, and the whole aim of the first five and a half laps is for the riders to work for the best position. With two and a half laps to go, the Derny pulls away, the race basically becomes a free-for-all and cyclists must sprint the remaining distance.

This event gets its name from where all riders must start the race – all in the same place/ on the scratch. The aim is to basically get to the finish line first, but it’s what happens in that process that makes things really interesting. This is where we see cat-and-mouse tactics as some riders work together to gain distance from the rest of the pack, whilst allies might work to keep certain competitors away from their main contender. Great stuff!

Who’s representing us in Track?

The course has been set to take riders on specific road circuit around Glasgow’s most touristy parts of town. As such, it promises to be a stunning backdrop – not that the athletes will be paying all that much attention to the scenery! It will add to our enjoyment, though!

Who is representing us in Road Racing and Time Trials?

Jack Bauer is coming straight over from his campaign at the Tour de France, and will be joined by Rushlee Buchanan, Emily Collins, Jesse Sergent, Joanne Kiesanowski, Mike Northey, Reta Trotman and Linda Villumsen. Despite a nasty crash that exploded his knee open and ended his Tour de France, it appears Greg Henderson will be able to also race.

Check out the rider profile of Kiwi Jack Bauer

The Cathkin Braes Country Park has been specifically built for the 2014 Commonwealth Games. The course promises to call on technique, speed as well as endurance.

Who is representing us in Mountain Bike?

The triathlon is a classic Olympic distance – a 1,500m swim followed by a 40km bike leg and a 10km run. It will take place in and around the Strathclyde Country Park.

This year tri lovers will be treated to something different with the inclusion of a Mixed Relay event. It comprises two men and two women, each athlete competing a super sprint tri and then tagging their team mate.

Who is representing us in Triathlon?

Read our catch up with triathlon talent Tom Davison

Get your Everything Bike blog fix here!