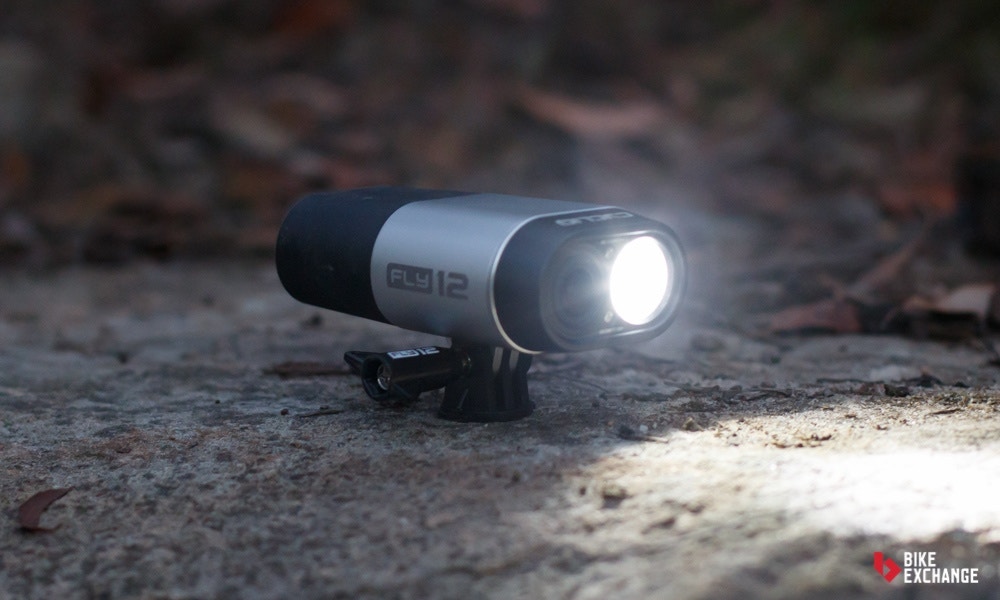 Who's it for: Anyone seeking a little extra safety through visibility and recording of incidents. Or the rider looking to record their ride for social sharing reasons.

The Fly12 comes off the success of Cycliq’s original product, the Fly6. The Fly6 was a market first in combining a rear light and action camera into one – designed to keep cyclists safe and get it on film if anything went wrong.

Due to price and size, the Fly6’s camera doesn’t offer the same recording definition as the market’s top action cameras of today. What it does offer though is optics tuned to seeing number plates in a range of light conditions.

Priced at the higher end, the new front facing Fly12 ups the ante in recording definition and light output. For this, the new product offers a Full HD camera and 400-lumen light that’s powered by a shared rechargeable Lithium-Ion internal battery.

Camera and light in one When turned on, the Fly12’s camera is constantly recording. The use of the light is optional and so can be turned off.

When used as a camera alone, the Fly12 boasts a market leading recording time of ten hours. Of course such an amount of footage requires plenty of storage, so the Fly12 works much like a security camera on loop – re-writing old footage when space is up.

In case of an incident, built in accelerometers trigger the Fly12 to save the footage and a further 30 minutes before turning the camera off. If an event happens that you want to save, pressing the Wifi button will save and protect the past five minutes of footage.

Multiple light modes are available in the Fly12. These include constant, flash and pulse – with each offering three brightness options. Using the light on constant will of course result in a shorter battery life, but Cycliq still claims an approximate (and impressive) two hours in the brightest setting. Hiding a few extra tricks up its sleeve, the Fly12 offers both Wifi and Bluetooth 4.0 (aka, BT Smart, Low Energy) connectivity. These form a large part of the new features on offer, which can be accessed through the ‘CycliqPlus’ phone app.

One such feature is the Strava integration, allowing users to directly take their ride metrics from Strava such as speed and power, overlay it on the video just recorded and publish straight away – all from the phone.

Another interesting feature is the security setting. Once activated, this uses the device’s accelerometer to give you a mobile alert in case your bike has been moved. It’s a feature specifically designed for a quick coffee stop.

The CycliqPlus app is currently only available for iPhone users, although Cycliq is soon to release it for Android users too. The Fly12 features the latest ‘nano technology’ for protection against the elements – riding in a heavy downpour should present no issues at all.

Our sample Fly12 weighs in at 237g by itself. The included handlebar mount adds 32g. For comparison, a GoPro Hero4 Silver and Exposure Diablo together weigh 254g without mounts – and they’re certainly far more expensive than the Fly12.

The Fly12 comes with everything you’ll need to get started, including a 16GB microSD class 10-memory card. While any mount designed to fit a GoPro will work with the Fly12, Cycliq includes its own handlebar mount, tripod adaptor, safety tether and USB recharging and download cable too. The Fly12 retails for US$399 and AU$499.

In the coming few weeks we’ll be helping our friends at CyclingTips put together a comprehensive review of the new Fly12, including comparative video. Stay tuned.