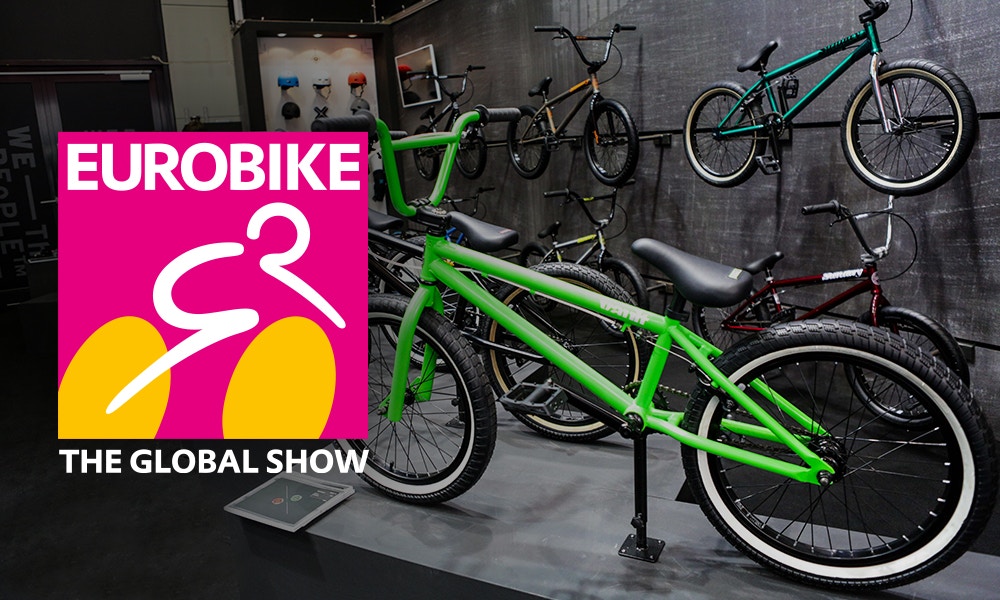 Sticking to the plan and finding our top ten hot picks at Eurobike was never going to happen. We’re like kids in a lolly shop. Feast your eyes on this latest batch… Welcome to BMX heaven – Wethepeople really know how to produce a hot machine. We were pretty taken with the kids’ version, too; talk about kicking off in style. Look supplied to nine of this year’s pro Tour de France teams and their pedals crossed the line first in 13 stages during this year’s event, and six places in this year’s Giro d’Italia. The pros love it for the super wide pedalling surface – all 700mm2/64mm2.

Get the "Look" with these pedals

Thirty years of carbon experience has led to this, Look’s new generation road bike. It’s a big departure from anyone’s norm, but Look has a habit of setting standards that others follow. The 795 weighs the same as the 695, yet is far more aerodynamic. This is a stunner.

Do we need to say anything? This was an absolute beauty – the paintwork alone is seriously impressive. Newly redesigned Hydro Formed Speed Metal tubing, two-piece cranks, and sealed bearings throughout.

Your GT BMX machine is waiting for you! Click here Get classy with your own Pinarello here OK so we’re quietly surprised a Melbourne based company hasn’t come up with this first – but kudos where kudos is due (this time – in Sweden). Bookman have made it super easy to grab your commuting coffee on the go. Match this with a Melon helmet and you’re taking metro cool to a new level. Uncompromising aerodynamics – this helmet is made for going fast. Comes with patented air guidelines which guarantee the best ventilation possible and the Casco-Loc a patented quick release fastener. Big Ed the name speaks for itself. It’s a homage to Ed Scott the founder of the company. Weighing 15kgs and a long frame the Big Ed runs incredibly smooth.

Go AWOL with your own Scott off-road beast