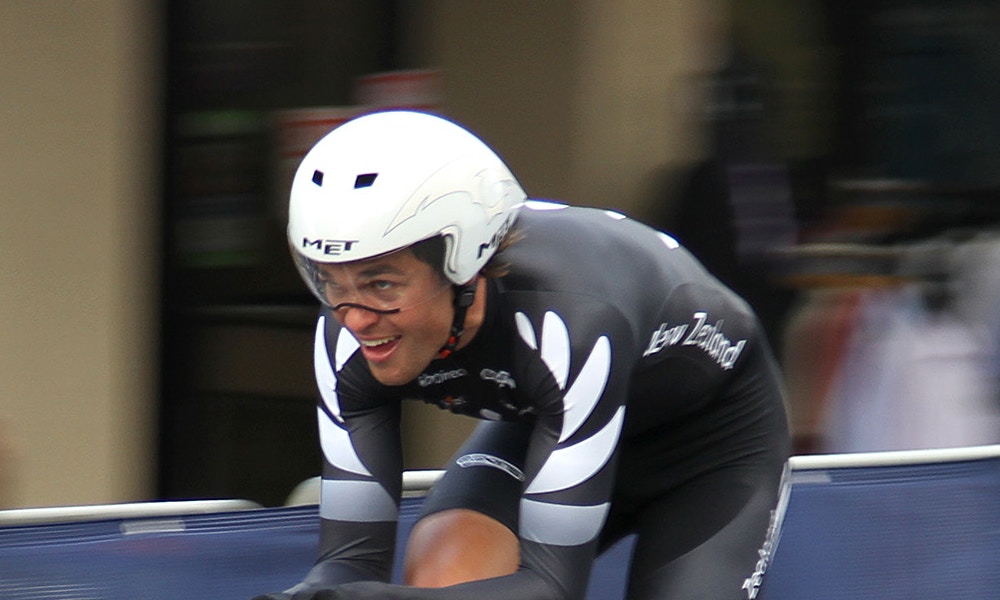 Jack Bauer is doing us proud in this year's Tour de France.

His ride in Stage 15 was nothing short of remarkable. To break away so early from the peloton and maintain a lead until just shy of the finish line was incredible. Duo efforts like that, maintained across 200+ km in super ordinary conditions (read miserable), just don't happen every day. It was a brave ride and a heart-breaking loss. Even in the re-runs, watching him come so close and knowing he wouldn't win was almost unbelievable... Well done, Jack. You didn't take a Stage win but you sure did show the world that you're an A-class rider.

We find out a little more about the home-grown cycling sensation here.

Garmin-Sharp (he was signed to Garmin Cervelo in 2012).

Get more on the Kiwi & Aussie TDF riders here

Prior to going pro

Bauer was a super talented MTB rider. He was racing in Europe for some three years before the contract was signed, and in 2009 spent nine months competing in Belgium’s amateur scene.

Bauer came off the bike during a 2013 one-day race in Belgium, and lay motionless on the ground. He was raced to hospital but found later to have a solid memory of the moments leading up to the incident. The news wasn’t as good for Bauer in the Tour de France later that same year. He was forced to withdraw from the race after a Stage 19 spill that threw him into barbed wire fencing, and left him with significant facial injuries.

Jack is heading straight from the TdF to the Commonwealth Games. Read more here