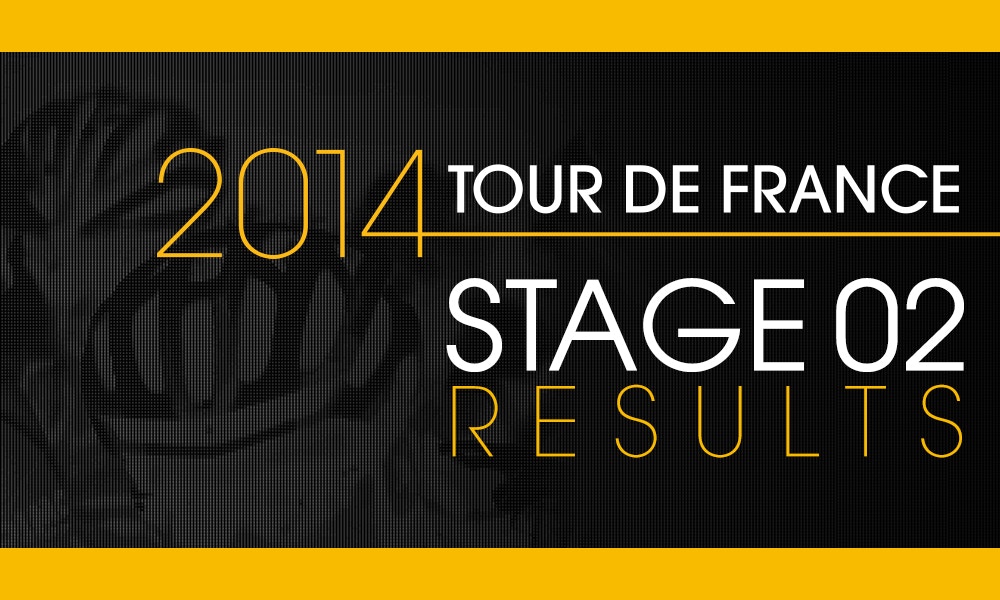 Astana's Vincenzo Nibali will have put an end to any naysayers regarding his condition this year - his riding today was physical and strategical brilliance! So who's on the leader board in stage two of the 2014 Tour de France?

There’s been a shark attack!

Astana's Italian ‘squolo’ shark, Vincenzo Nibali, certainly lived up to his name today, launching one precision-timed solo attack two kilometres from the Sheffield finish, and taking out the yellow jersey.

Despite an outstanding surge from reigning champion Chris Froome on the final hill (there were nine categorised climbs today. As one spectator sign read – ‘welcome to Sheffield. Sorry about the hills!’), in which he dropped both Nibali and Alberto Contador, Nibali made up ground over the 3km decent, ultimately leaving other riders in his wake.

Peter Sagan maintained a place on the podium taking out second, followed by a flurry of riders jostling for third, which ultimately went to American Greg Van Avermaet of BMC. Amongst the bunch sprinting for third was Orica-GreenEDGE’s Michael Albasini, who is now in fourth place overall after team leader Simon Gerrans gave him the go-ahead on the final categorised climb. OGE had done a great job protecting both Gerro and Albasini for most of the ride, but yesterday’s spill ended up getting the better of their leader.

It ended an eventful day of racing involving yet more spills and upsets.

The biggest disappointment of the day was of course the withdrawal of Omega-Pharma – Quickstep’s Mark Cavendish. His fall just short of the finish line the day before has ended his Tour de France campaign, and a country’s expectation to see him in yellow on home soil. He’d hoped swelling would reduce overnight but if anything the pain from the injury worsened, and he’s now relegated to the sidelines for the duration of the Tour.

Defending yellow jersey rider Giant-Shimano’s Marcel Kittel started the day pleasantly enough. He even had time to chat to the camera on one of the motorbikes and comment about just how beautiful a day it was. This soon changed when he apparently became increasingly agitated by concerned about crowd behaviour, got a flat, and also came off. The day’s hills were never going to play towards the sprinter’s strengths, but the stage perhaps ended up been even less impressive than he’d anticipated.

Technical frustrations aside, a series of run-ins marred the day for many a rider including Australian Richie Porte from Team Sky (who apparently ended up calling for another bike).

The Tour now moves away from rose country and into the final leg of the Great Britain route – Cambridge to London – where crowds are anticipated to go from massive to off-the-charts!