Find a bike shop Blog
‹ back
Home
Blog
Features
What Coffee is Your Ride?

What Coffee is Your Ride? 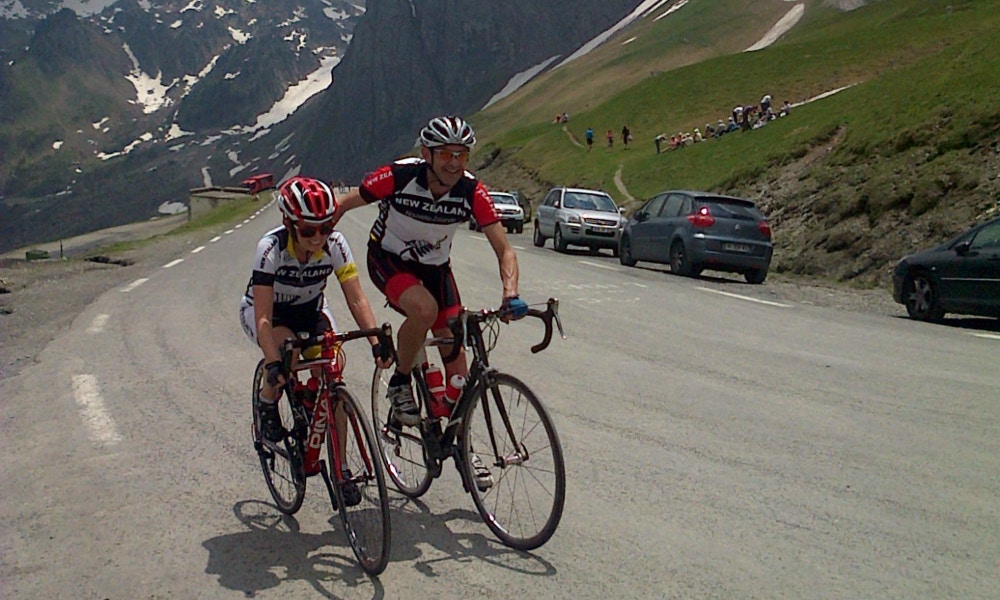 I called Karl Woolcott to discover he had only just arrived back from his morning ride. Straight away I had the impression that RIDE Holidays isn't just a job for him.

But let's rewind a little first...

Bikes have evidently been a big part of Karl’s life growing up in New Zealand. Whereas some of us learned to ride on big-brother’s-hand-me-down-BMX, Karl started off on a road bike and hasn’t changed since. His passion for sport and cycling led him into a 10 year Ironman addiction from 2001. Experience as a travel agent has helped him build a tour company that offers a true door to door experience. RIDE takes care of everything you need: you just have to show up, kit up and enjoy yourself. In 2005 Karl combined his two passions, cycling and travel, to form RIDE Holidays and for the last ten years has been providing mad-keen cyclists and cycling enthusiasts an opportunity to ride in some of the world’s most stunning locations. From France to Italy, Canada, the U.S, Australia and New Zealand; Karl and the team take groups of up to 30 riders around the world chasing the most famous tours in history.

With 2015's Tour de France just around the bend, we thought we would find out what they have planned for the group.

The RIDE team has only recently arrived back from New Zealand’s central plateau at Lake Taupo. A two day meet and greet event allowed some of the cyclists travelling to France the opportunity to get to know one another and for the team to get an idea of everyone’s abilities and individual needs. After all, they will be spending two weeks together on the road travelling hundreds of kilometres...sometimes in a single day.

The central plateau isn’t just chosen as the meeting point for its stunning natural beauty. The lake is the heart and soul of cycling in New Zealand. In November, the famous Lake Taupo Cycle Challenge takes place around the lake itself through 160km of beautiful countryside. The RIDE team extends the event for a full five days. With race day at the core of the event, RIDE also offers the opportunity to ride one of New Zealand’s truly great landscapes around Tongariro National Park and experience the culture and food along the way.

Book your spot on the 2015 Lake Taupo Cycle Challenge tour

RIDE Holidays are not just about the bike. While they wouldn’t be RIDE without it, Karl claims what makes the experience unique is the emphasis they place on the locations themselves: the history, the food; the wine and cultural events.

And they’re not just about the riders either. Karl and the team cater equally to non-riders who would rather enjoy all that a country has to offer, on two feet.

The Tour de France will comprise of two buses fully equipped to take 30 riders and gear from the Pyrenees to Paris. A nine seat support vehicle follows the group with the driver Morgan acting as bike technician should they get into any trouble.

Packages are tailored depending on how much you want to ride each day. We all know coffee and cycling go hand in hand and Karl has appropriately named the distance options after popular types of coffee. While it is possible to take your own gear over for the tour, sometimes it can be challenging to do so especially if you are already overseas on holiday. RIDE offers the option to hire a bike for the whole trip. This year they are running mostly full carbon ‘14/’15 model Treks with compact cranks to help with those magnificent French climbs. Occasionally they branch out if your size isn’t available, opting for ‘Look’ and ‘Eddy Merckx’ models.

For fifteen days the RIDE team will lead their group around some of the most iconic legs of the tour, meeting up with the caravan up to six times along the way at key points near each finish line.

Riders will have the option to jump over to Spain before leaving the Pyrenees; to check out the Avignon performing arts festival to see some of the greatest theatre and stage performers in all of France, and to dine at a castle atop the village of Chateauneuf-du-Pape at Karl's favourite restaurant. It's all About Tailoring the Ride

They understand the needs of their customer at RIDE. The packages are so flexible because they know that ‘tour’ (when used in relation to travelling) is often considered a dirty word. You can ride as much or as little as you want. You can choose to experience the Moulin Rouge, or not.

Find out what Shimano gear the pros are running at TDF this year...

As much as the Tour is about riding and experiencing the world’s greatest cycling race, it's more about the riders themselves and enabling them to experience some of the world’s most beautiful landscapes and cultures.

Because of this very fact, Karl has a 90 per cent repeat client base. He has riders who come with him every year, who have since become his friends and they are constantly throwing around ideas for new places to go, new roads to ride.

Who is Karl’s favourite to win the tour? Well he wouldn’t name one because he thinks there are five or six hot contenders. He thinks it will be a great race this year with some promising Kiwi riders in the mix too.

All we know is we wish we were in that group of 30 heading to France in July. But Karl’s all sold out this year so you will have to get in quick to reserve a spot for 2016.

Hungry for more Everything Bike? Jump to our blog!