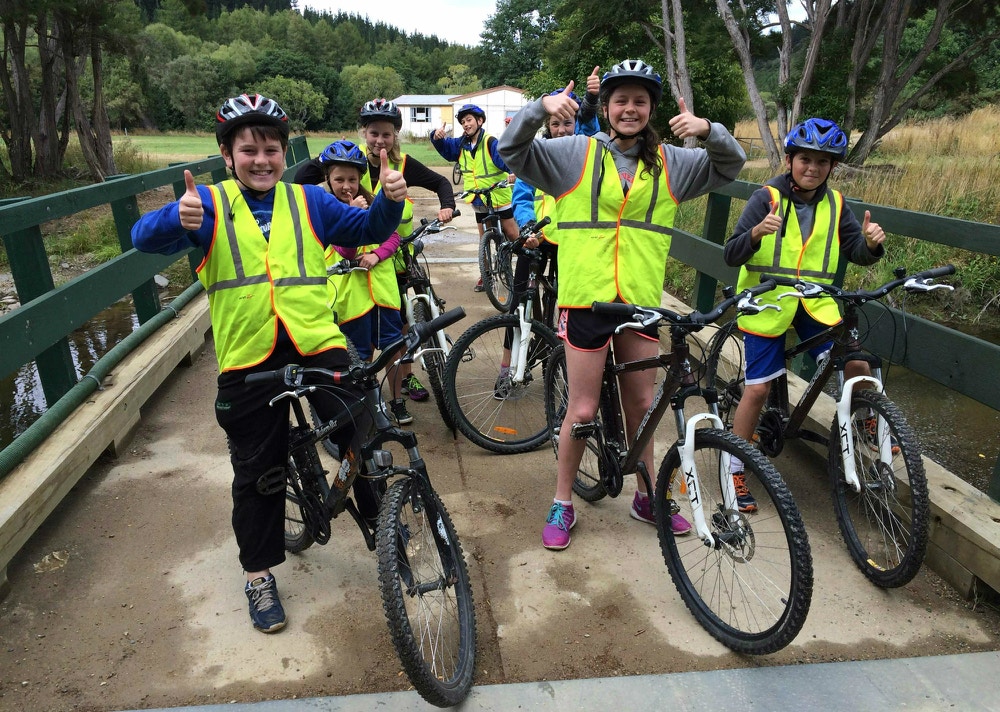 There is an old saying, “those who can’t do, teach.” Mountain Bike Coach Scarlett Hagen kicks dirt in the face of that statement, because if you think you’re pretty good down a single track, she can definitely show you a thing or two.

Scarlett competed in her first New Zealand MTB Nationals when she was just twelve years old, and over the past 16 years has proven she has the skills not only to compete on the international circuit, but that she has the brains to go with the brawn as well.

Scarlett has somehow managed to fit studies into her busy schedule, completing her Masters in Physical Education at the University of Otago and currently working towards her PHD. Repeatedly dominating the NZ National circuit – taking out the title of NZ Champ seven times! – Scarlett became Elite Oceania Champion in 2008 as well. She has proven her mettle on the downhill runs of Switzerland and Italy winning the Vice World Championship in 03’ and 05’ respectively.

BikeExchange had the pleasure of sitting down with Scarlett to hear all about her most recent adventure: the development of New Zealand’s premier mountain bike coaching company, Bike School.

When did you decide to make the transition from racing to coaching? Why?

I’ve been coaching for about 10 years in New Zealand, you know mostly juniors, but just this year in April I launched Bike School…so it’s brand new really.

How has your own tertiary education effected the way you design your programs?

So I’m currently working through my PHD focusing on Mountain Bike effects, which ties in really strongly with skills used in mountain biking. My Bachelor degree really focused on the aspect of teaching, how to work with kids – adults as well – and then there is the sports science side of things, which really adds rigor to the skills coaching. And we’ve got access to the laboratories at Otago as well, which is awesome!

What kind of age groups do you tend to coach?

There is a big push in Dunedin – where I live – to get the kids in the schools out there mountain biking and using the tracks, so I coach at those schools alongside my other junior coaches.

We’ve got eight different modules which the kids can work through. The kids would be anywhere from the ages of…well I’ve coached right down to five year olds, but the kids I teach tend to be from 10 to 16 years old. Alright, so level with me, how do you control that many kids when you are out on the trail?

So we would tend to limit the groups to ten kids per instructor. But on Wednesday this week we had a group of 26 kids out there with just two coaches. But the teachers come along as well and help with group management. I think ten is an ideal number because there are enough people for the riders to learn from one another; it creates a fun environment and you still have the time to help them with individual skills as well.

Kiwi women are making waves in Frocks on Bikes!

Have any of your students gone on to compete and be successful in their own right?

Lots of guys that I have coached before Bike School have gone on to World cups, nationals, national champs, world champs – one has been selected this week. A lot of the young guys I have coached around Otago have come on board as coaches with Bike School which is awesome.

Would you say that the emphasis with Bike School is less about competition and more focused on getting all kids out on the bike?

Totally, that’s the emphasis: helping kids to be more efficient when they’re riding to help them improve their speed, which in turn improves their safety while they are riding and their enjoyment out on the trail as well. What’s the big plan? Do you hope to take the initiative nationwide?

We have a really good relationship with cycling New Zealand and hope to work with them more closely. We currently have courses rolling all-round the south island – Christchurch, Dunedin, Queenstown, Wanaka, and Invercargill – and we also have a course up in Rotorua planned towards the end of the year.

Well we do set homework tasks, but funnily enough the kids love it! We’ve been working with a graphic designer to create these cards. With the eight different modules, we have ten different skills that they work on while riding, and at the end of the session they get one of these awesome colourful flash-cards. Each card has the ten skills on it that they have been working on, so they can go home and keep practicing. That sounds like my kind of homework! Any chance you could share a couple of tips with us?

A lot of riders have a tendency to rest their hands over their brake levers even when they are riding up hill. Death gripping involves kicking the habit, and moving your fingers to rest only on your bars when you know you don’t need to brake. This skill takes a while to become habit, but can carve valuable seconds of your time, and reduce your efforts riding uphill as well.

Need a little help finding the perfect helmet for your kid? We've got you covered

Riding off-camber terrain can be some of the trickiest stuff you can do on a mountain bike. A corner or trail is considered off-camber when it angles away from the direction you are travelling in. The best way to stop yourself losing traction and sliding out is by learning to lean your bike relative to your body, positioning it at a 90° angle to the track at all times. Scarlett encourages her students to get up high on their pedals and lean the bike from side to side, keeping their body weight and centre of gravity over towards the uphill side of the track. Learning to move your bikes centre of gravity independently from your own is key to conquering off-camber lines.

Learning when to pedal and when not to pedal is super important for any up-and-coming downhill rider. Not only that, but working out when you should be pedalling is essential for cross country and enduro as well, even if it’s just to reduce effort and improve your speed on the trail.

Downhillers can shave precious seconds off their times by counting their pedal rotations on a run down their regular course. Go back to the top, do it again and try and squeeze in a couple more rotations comparing times at the end to see how they affected your run.

Crank length and bottom bracket height can affect pedalling ability as well. You might find you need to pedal less with a longer crank arm, but then again, you might prefer the added ground clearance and higher cadence of a shorter arm. If you are serious about racing, try different combinations of crank and bottom bracket height to maximise the efficiency of your pedalling.

A huge thank you to Scarlett and the team at Bike School, not only for sharing with us their story (and their tips), but for all the great work they are doing getting kids out on the trail!

You haven’t even scratched the surface! Head over to our blog for everything bike