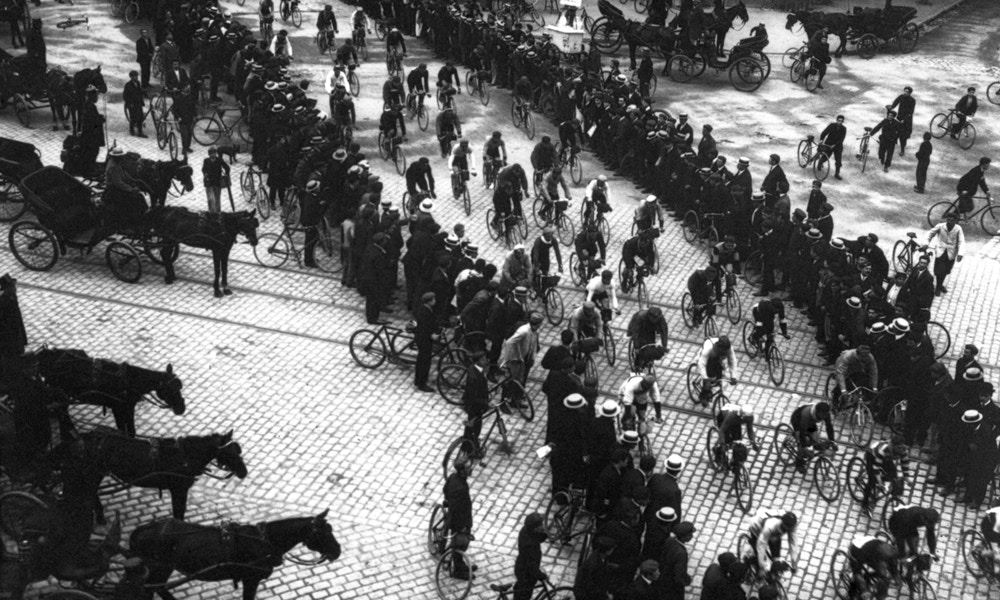 Over its 101 history the Tour de France has garnered plenty of impressive facts and figures. We don't mind the odd interesting statistic, and we've collected a few of our favourites here to share.

That went to Maurice Garin, who managed a whopping two hours, 59 minutes and 21 seconds in 1903. They don’t make margins like that anymore!

Versus the smallest win margin

Which was Greg LeMond by the chin of his chinny chin, who clocked in just eight seconds ahead of Laurent Fignon in 1989.

Well – this accolade was with Lance Armstrong (seven wins) until he was stripped of his titles due to doping. The mantle now lies with Bernard Hinault at five.

The most number of stage wins

Goes to none other than Eddy Merckx, with an astounding 34.

The mountain goat award goes to The most loved mountain

Appears to be Tourmalet in the Pyrenees, which has been visited by the Tour some 76 times (and will be visited again this year!). Well, that’s a bit harsh, but the slowest average speed for a Tour de France race was in 1919, when Ottavio Bottechia became the first Italian to win. His average speed was 24.1km/h.

24.1km is a huge contrast to the fastest average speed over the Tour, which did go to Lance Armstrong at 41.6km/h. He’s of course been stripped of his Tour win titles, which in turn now casts a lot of grey over this particular stat…

Frenchman Henri Cornet made history in 1904 as the youngest cyclist to win the Tour.

Belgian Firmin Lambot was in 1922 at 36 years of age the oldest cyclist to win the Tour. Cadel Evans however, assumes that title for post War Tour wins. Not bad for an old man…!?

The most senior of them all

Always the best man, although once the groom!

That goes to Joop Zoetemelk, who rode in the Tour during the 70s and 80s and who accumulated six finishes in second place. He came away with first in 1980, though!

198 riders from 22 countries started the race, but how many will finish it?

120 female cyclists will also be competing in La Course, a women-only race held on the final day of the Tour de France and also finishing at the Champs-Elysees.