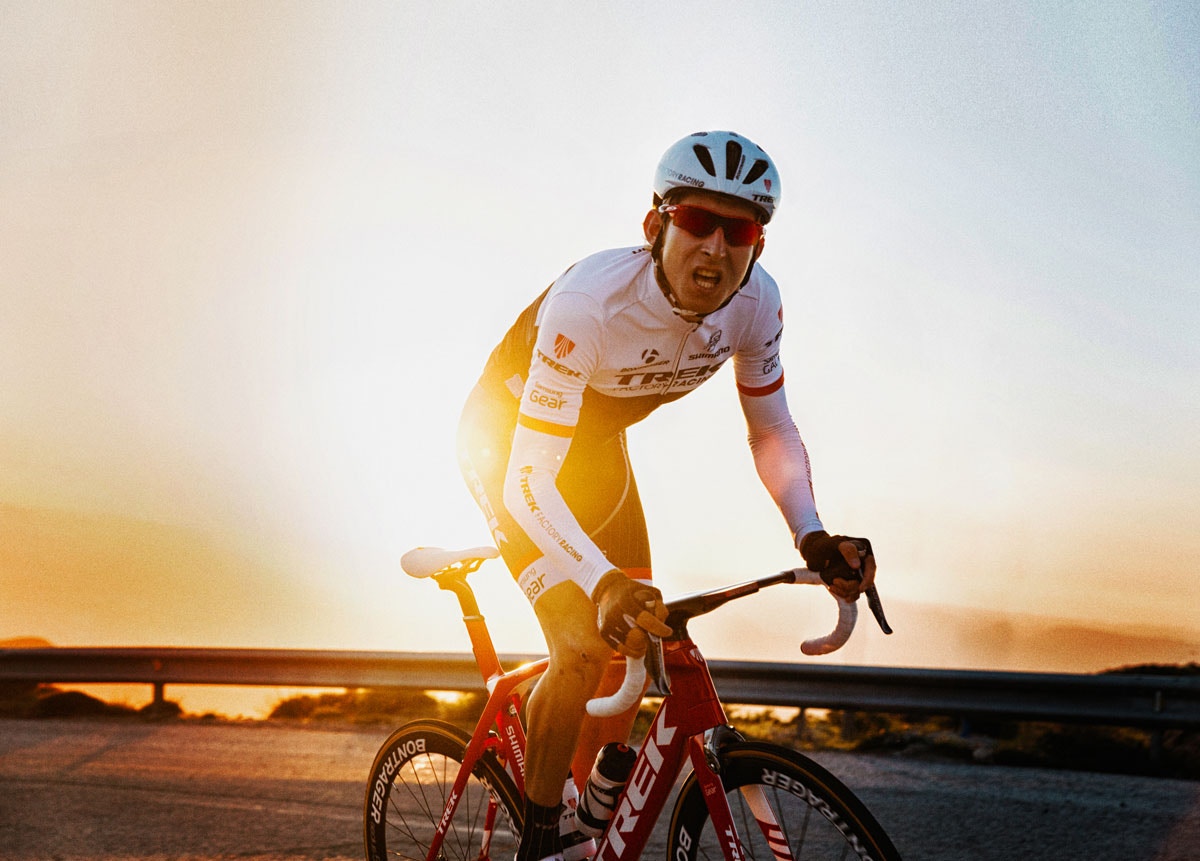 Trek have kept any information regarding their latest launch very close to their chest. Aside from snippets on their website and the hastag #bearwitness, there hasn't been much to go on to ponder what might be landing. Although the occasional pro riding what looked to be a new aero bike did set tongues wagging in recent weeks.

This just adds to the excitement of the whole thing, like having presents under the tree that you can't open until first thing Christmas morning. I love a bike launch, and I especially love one with this much fanfare. So needless to say, my expectations approaching the launch date could not be higher. Now I just want Santa to deliver.

See the full gallery of the new Trek Madone, from the global launch in Utrecht, Holland.

Trek have been making big moves in the cycling world over the last few years.

First came the launch of their endurance bike, the Domane, complete with the revolutionary IsoSpeed decoupler built for slaying the cobbles of Belgium and Northern France.

Then they went to work to create the world’s lightest production bike, the Emonda

To round out the trifecta, Trek have now come to the table with the new Madone, an aerodynamic beast they are calling ‘The Ultimate Race Bike.’ At the beginning of this process Trek set out to not only make a great aero bike, but a great aero bike that offered a comfortable ride and great handling. Fortunately, they had two great blueprints from which to work.

The task was to combine the Domane’s compliance with the Emonda’s handling, whilst saving watts through an aerodynamic profile… We’ve had a close look through the new Madone’s features and broken them down for you.

The Kammtail Virtual Foil (KVF) profiles have returned for the latest version of the Madone, but one look at the side profile and you can see they have stepped up a notch. The downtube is enormous, as are the chainstays and seat tube, making for an incredibly stiff and rigid frame. This would normally lead to a very harsh ride, but we’ll touch more on that later. The forks have also got the KVF treatment, and have a relatively small offset making for a very responsive ride. The addition of the IsoSpeed Decoupler has allowed for the seat tube to adopt the KVF profile, further adding to the aero profile, which a traditional seat stay / seat tube junction would not allow.

The bar and stem combination is a thing of beauty. There are no cables in sight, and the only thing greeting the wind is a paper thin handlebar. The one piece bar and stem are integrated into the frame, housing the internal cabling and creating a low drag profile. They also look very cool. To show you the extent to which Trek went making this as aerodynamic as possible, they even exhaustively tested the best drink bottle positioning. The front bottle designed to reduce the drag onto the second bottle.

A direct mount brake is used at the front, but the cabling and brake calliper are covered by ‘vector wings’, shielding them from the wind, and again saving watts. There is also a small pocket cut out so that the brake fits into the fork seamlessly. A great feature on the new Madone is a relocation of the rear brake from underneath the chain stays, onto the seat stays. Mechanics will rejoice and from a functional point of view I think it is a much better option.

The brake is now easily accessible and coupled with the IsoSpeed decoupler, makes for an ingenious rear triangle. The image of the rear brake cable, exiting the seat post appears to be an architectural marvel. Trek didn’t cut any corners in their research. Systematically working through Computational Fluid Dynamics (CFD), Wind tunnel testing, Finite Element Analysis (FEA) simulations, velodrome testing and finally pro rider feedback. Although the rider feedback was reportedly limited to, “How quickly can we have the production bike to race?”

We all know the effects sitting on a wheel can have, virtually halving the work required to that of the poor rider with their nose in the wind. Trek were able to discover that even sitting on a wheel, the bike's aero advantage was still maintained, increasing as the yaw angle did.

The most notable addition to the latest version is the IsoSpeed decoupler. This technology has resulted in two outcomes for the Madone.

One: It has made for a more compliant ride, reducing vibration from the super stiff and aero seat post.

Two: It has allowed for greater tube ratios, maximising stiffness.

Given the aspects ratios of the Madone, there will be nothing in the way of flex or movement, so without the decoupler, the ride would be exceptionally harsh. This is an aero bike shortcoming that Trek have seemingly overcome. A great piece of thinking from Trek came up with the Control Centre. Located on the downtube, the control centre either houses the front derailleur trim dial (on mechanical set-ups) or the Di2 battery and junction box (for electronic set-ups).

As with all Trek frames, the new Madone also has the option of a traditional H2 fit or the more aggressive H1 fit. As well as the Women's Specific Design (or WSD). Regardless of your frame size you can also be sure to get the same feel and performance with Trek's ride-tuned, size specific design. A problem for people at either end of the scale, the new technology essentially maintains the same seat tube set up and alters the remaining elements of the frame. Very clever yet simple at the same time.

The importance of rider comfort could not be higher on Trek's 'to do list' for the new Madone, but handling and cornering were of equal importance. Again the R&D team went to work to create a bike that felt similar to the Emonda in terms of responsiveness and precision. A Finite Element Model was used to assess loading on the frame and behaviour of the bike, initial testing had the Emonda way out in front. But over two years of development and subtle adjustments the Madone now handles like the Emonda. The one piece bar and stem set up would also help with the bike's handling, offering a stiff and responsive feel, with no flex or spongy movements.

This is always a hard one to judge or put parameters on, but for mine, this is one of the best looking bikes going around. The rounded frame and huge downtube almost makes it look like a motorbike. Add in the race car red and you have a bike that looks fast and aggressive.