Online and in the Saddle 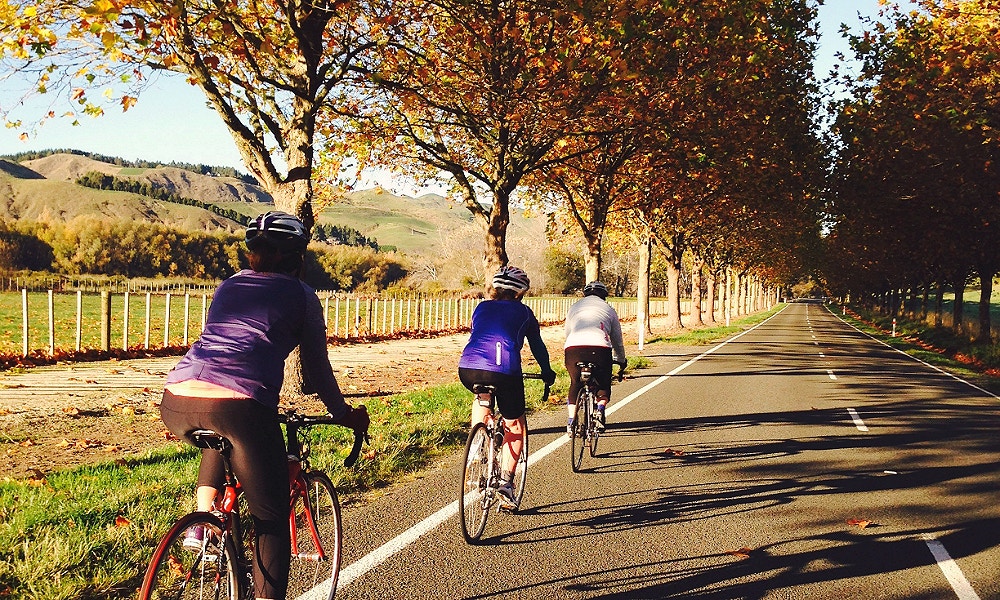 Whether you are a user or a refuser, we all have to admit that social media is a big part of our world.

In 2012 Statistics New Zealand’s ‘Household Use of Information and Communication Technology’ Survey found that, of the kiwis who went online (over the age of 15) between Dec 2011 and Sep 2012, two thirds of them accessed social networks.

That was three years ago, and although Stats NZ doesn’t have the data to back this up, we can be pretty sure that number has grown and is continuing to do so.

While the numbers of people joining the online conversation has grown, so too have the ways in which social media platforms are used. It’s taken some time for us to understand all of the ways that social media could be used effectively. While there are still the usual food pics, whiney posts about how hard my day has been and the incessant bombardment of bad selfies and egregious ads, social networks have evolved into online spaces in which people can share ideas and information, freely and incredibly quickly.

It’s great for tips on how to ride: balancing your bike; clipping in and out; cornering, descending, working your core – your bike’s set-up and how important this is to begin with. People really get this when there are pictures to show what is happening.

Cycling is still a male-dominated sport. It is an unfortunate truth that, while the balance is shifting in the direction of something resembling equilibrium across all gender roles within the cycling world, there are still a few turns of the crank left before we reach that point.

But, there are a lot of women and organisations working hard in order to get more females out on the bike; to show them that it’s not just something the boys do on Sundays. And they are doing this enabled by online tools such as Facebook, Twitter, Instagram and Wordpress. See also: Bike School NZ is getting more kids out on the bike

The barriers are not yet down

Confidence is built; few of us are imparted with a natural assurance in our abilities, especially if we are trying something for the first time.

Men seem to be more comfortable faking it until they make it. It could be argued that men are more likely to go out, buy a bike, and take it straight out on the road or the trail. Women – and we are understandably working with broad generalisations here – lean towards caution.

“From a safety point of view, riding with a group can make them feel like it is less dangerous,” Gayle also said.

New riders can build their confidence more quickly in a group environment, taking encouragement from more advanced riders, and from those who are at the same skill level as themselves.

For those who have been riding for a while, social media helps to build on connections previously made between riders.

It makes more of an 'event' about the ride. You can create an event with all the info needed: post coffee stop pics and ride-time selfies as you go, and follow it up with a blog, tweet or Instagram. See also: The Weyman-Jones' rode the highest road in the world together on a tandem bike, on their honeymoon

Social networks have enabled women to connect and create women’s specific events that go beyond the standard group ride model, where perhaps none existed before. Rather than face the unknown by showing up at your local shop ride and hoping that there will be other women there and who are of a similar ability to themselves, riders now have a network of groups that interact with one another actively encouraging new riders.

I know women can feel intimidated if they don't have the 'right' gear or think they are too slow to join in. By putting pictures and ride details out in the social media sphere, it allows those who are unsure to do a bit of research before jumping in.

It can seem counterintuitive to think that creating more of an online presence can in fact make you seem more human. But Gayle, Helen and Francesca all agreed that photos were the key to creating transparency, and humanising that name on the message board posting all of those comments. People often have the tendency to assume that if they are turning up to an established group ride, they will be the slowest or least experienced rider there. Photos can give an indication of individual rider's levels within the group encouraging new riders to join as they can see that there are other riders of a similar level of ability.

You are able to prepare for the first meeting, and at least you'll see some familiar faces when you do turn up for your first time. Gayle in particular uses photos carefully to encourage new riders to come along to Liv events and rides. She understands that “no one wants to be an outsider. You want people to feel like they belong to a group before they’ve even been to an event.”

That sense of belonging can be fostered before the individual even leaves the house.

I think it makes people think – ‘if she can then I can.'

There are so many different ways to belong

Frocks on Bikes is an International Initiative that is all about getting more women (and men) out on two wheels, doing so wearing whatever they want.

Connie Christensen first got involved with Frocks on Bikes when she came across their Wordpress site, and as a commuter in Christchurch was interested to find out more. The first thing that intrigues most people Connie said, is the name. Leaders it seems, don’t have to be the ones pushing the wind at the head of the bunch. Commuters like Connie and self-proclaimed newbie Natalie Ridler, through the help of social media, are able to take on that role, showing their organisational skills might just surpass those of the strongest rider in the group.

All of us at one time or another can step up and be leaders or organisers or helpers regardless of our actual biking ability. Awesome cyclists can be shit organisers and wobbly-unco-bikers can be excellent instigators of awesomeness.

The importance of organisation(s)

While women’s cycling groups and organisations seem to be having a positive impact on the number of women signing up, one might ask, why aren’t more women organising their own events if the technology is there?

Ash Burgess co-founded Revolve Cycling Club in 2009 when they were amazed to discover just how many women in Wellington showed up to their first proposed women’s shop road ride. They had expected five at the most; five would have been an achievement. 23 women showed up that first day, and they’ve been organising women’s cycling events and getting more women on the bike ever since.

Ash has noticed over the years that, in some cases, even though there is the online functionality available for women to suggest or organise rides for the public, she hasn’t seen this happening much in Wellington.

Women are concerned about three things:

1. Who will show up and will I match their ability?

2. What if something comes up and I change my mind about even going?

3. This is my only ride of the week and I don't want to waste it on being held up or by not being able to keep up.

All the while, woman complain about not having anyone to ride with... See also: The door to cyclocross with Penny Hosken

The idea of going along to an event run by a recognisable organisation like Revolve, CrankSistas or Liv is confronting enough for most people. Without women’s riding groups and organisations, it seems, in Wellington at least, there might not be anywhere near as many women riding together as there are even now.

When they chat and read how friendly and human everyone is, they settle into it. Until then, they may have been riding on their own...when their husband was 'out for a ride with the boys'.

Brands like Liv and initiatives like Go Cycle Christchurch are great in that they not only aim to get more women involved in cycling for their own benefit, but they encourage them to go out and keep the rides and conversations going themselves; they aim to create strong leaders within the world of cycling.

It is still a male-dominated sport, and it’s important to think about how this can change, and how women see this change happening.

There need to be more women higher up in the cycling industry, which is happening… But we also need more events run by women.

With the gradual increase in coverage of women’s cycling events, with more content targeted towards a female audience online, and with the help of social media platforms, a digital pathway is forming for women to follow. The conversation is starting online, continuing on the bike and evolving in ways that will take women’s cycling to places we cannot predict, places yet unexplored. Thanks Vicki Butterworth, Deane Bell and Connie Cristensen for their fantastic images!