KTM is coming to town 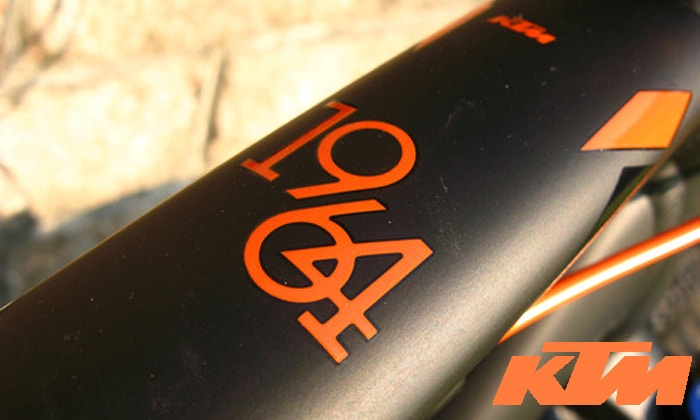 Callum at Mountain to Road Cycles does.

Before he began his first day of trading at the Te Awamutu store in 2009, Callum and KTM already had a long history. A bit of an addict for all things mechanical with two wheels, Callum had owned four KTM off-road motor bikes, but knew the brand had also been making bicycles since 1964.

Manufactured from a separate factory to motorbikes but still located in Austria, KTM Bike Industries have a formidable reputation for producing high quality bikes – and they’re coming to NZ!

Three 2014 model road bikes and three 27.5” wheel full-suspension KTM bikes roll onto our shores and straight into Mountain to Road Cycles later this month, and Callum couldn’t be happier. The buzz has been building, and it won’t be long before roads and trails are getting hammered by a new quality European-made frame in town.

As the bikes literally clear customs, there’s been plenty of chit chat at locally run trail bike rides with Kiwis keen to get their head around KTM bicycles as opposed to motorbikes.

True to KTM form, the bikes will arrive with plenty of additional KTM branded accessories, also available at Mountain to Road Cycles.

We’re looking forward to welcoming the new KTM kids on the block!