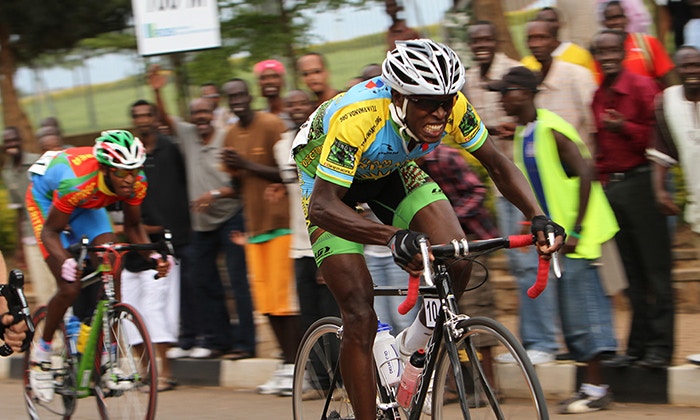 For those who love an uplifting film, a story about overcoming odds, then you’re in for a treat. We’re going to coin a new phrase here and suggest that Rising from the Ashes is a film for the ‘thinking cyclist’ and it will be showing in select cinemas in Auckland, Wellington, Dunedin, Rotorua and Nelson from June 26.

This is a film about cycling; how it can be a lifeline, a second chance, a way out, a way in, and hope for an entire nation.

In 1994 the African nation of Rwanda suffered one of modern history’s most devastating genocides, with an estimated one-million Rwandans brutally killed. It is a dark, violent legacy that lives with every Rwandan every day of their life. During the genocide, having access to a bike could mean the difference between life and death. But it’s what happened after the genocide with bikes that makes this such an incredible story.

American cyclist, bike frame builder, designer, welder and founder of Ritchey Design, Tom Ritchey, heard about young Rwandans who’d taken up cycling after their country’s turmoil. Intrigued, he made his way over to meet them, and discovered they were indeed putting plenty of kilometres in the saddle, but on antiquated, rusted, mostly ruined bikes at least decades old.

Tom recognised in these young men spirit, determination, and natural potential. He also realised that cycling could just be the way for these men to not only rebuild themselves, but their families and communities as well… And so he set about establishing the foundations for what would become Rwanda’s first National Cycling Team, ‘Project Rwanda’. Crucial to the team’s success was the appointment of a coach – and Tom knew the man for the job. Jock Boyer was the first American to ever compete in the Tour de France, blazing a trail in the late 70s and early 80s that his fellow countrymen would soon follow. But a nine-month stint in prison had seen this cycling luminary fall from grace and indeed, the film seems as much a story of Boyer addressing and dealing with his demons, as it is the cyclists dealing with theirs. As we get to know more about each protagonist, we are drawn deeper into the complexities of Rwandan community culture, the development of these genetically gifted athletes both as cyclists and men, and how an entire nation’s hopes and dreams can fall on the shoulders of unassuming heroes.

Don’t be fooled into thinking narrator and megastar Forrest Whittaker means this is Hollywood-style drama and action. On the contrary, it’s a raw and real journey over several years, and it’s the sort of film that I guarantee will be in your head when you’re out on the bike the next day. Don’t miss it – check out the trailer here. BikeExchange New Zealand was fortunate enough to be given time with Jock Boyer ahead of the film’s release on 26 June. Check out our chat below.

The film refers to Rwanda as the land of a thousand hills. Can you describe the kind of riding on offer? What’s your favourite cycling route in Rwanda and what does it entail?

I have a route that takes me about 110km from here – it’s all winding hills, beautiful roads, and once you get out of town it’s quiet. It’s spectacular and I love to ride it on my bike as well as my motorbike. The Germans and Chinese have recently done a terrific job on re-paving roads, so the quality and condition of the roads here is really good now.

What about cycling tourism? Is that making any early inroads?

It is, yes. The Rwandan Government has been making progress here, and in fact in our new Team Africa Rising Cycling Centre facility we have a MTB tourism portion.

The film takes us through a period of several years in time. Tell us how Project Rwanda is going these days

We now have the Team Africa Rising Cycling Centre, which I just mentioned. It is a new facility located near National Parks and a Gorilla park, and it’s about 2,000m altitude. We conduct some 35 training camps each year for local cyclists, as well as coaching classes for adjacent African countries, and more. We test about 30 riders every month, and from each bunch we will usually see at least five or six that are or will be good enough to go through to club or team level.

How are the projects funded and do cyclists still travel into other African countries and/or overseas to race?

The Rwandan Government provides a portion of funding, and then we receive private contributions in small to very large sums. The Walton Family Foundation is incredibly generous to us. We also receive grants from organisations. Online is a way in which individuals can support us. Contributions such as $10 will feed a cyclist for a few days, whilst $100 will keep a National team member in the training camp for a month. We also provide dental check-ups and maintenance for our cyclists, and contributions can go towards this as well. Visit www.teamafricarising.org for more information.

There is a message hanging over this film that these riders can shape how foreigners view Rwanda… That through their journey, we as outsiders can associate Rwanda with something incredibly positive and powerful, versus the genocide. Do you think this is happening?

Yes, absolutely, although it is of course a slow process. Adrien Niyonshuti (key to the documentary, and represented Rwanda at the London Olympics in MTB) recently conducted a junior cycling programme, and we delivered a container of bikes into schools. This has been terrific, as the kids are associating bikes and riding with education, and seeing how positive the experience can be.

The film shows what people can do when they are given – or when they create – an opportunity, and how they achieve when there is so much to lose. Do you think your cyclists’ work ethic is stronger than other teams you’ve worked with as a result?

It is on a discipline level. We are teaching our cyclists discipline that will stay with them for the rest of their lives. They learn that this is a key part of their education and they see how their lives can positively benefit when they are disciplined.

Do you think you needed Rwanda as much as Rwanda needed you?

I don’t think I did at the time, but yes I can see that now. I wanted to give something back. I had a door opened for me, and I walked through it with absolutely no idea what it would entail. We’ve created something here that will last longer than we do.