Shock - Contador Out! Nibali Back in Yellow - Stage 10 Results 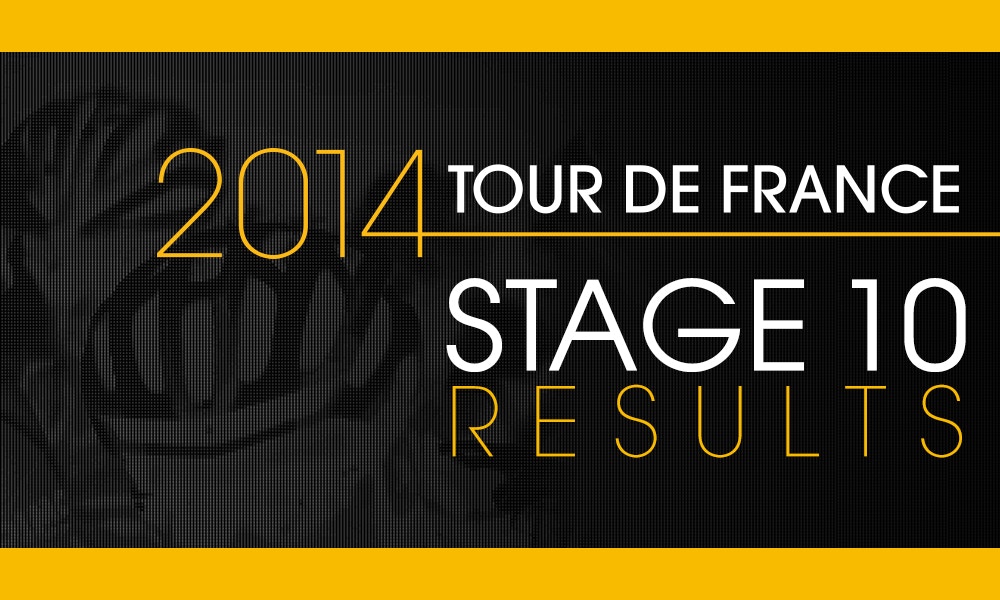 Can this year's Tour throw any more surprises our way? Well, yes it can, and it most likely will. But Stage 10 would have to be one of the biggest upsets so far...

With two of the three giants now out of the game, we’re left to wonder whether this year’s Tour de France will become The Nibali Show, or will this be an opportunity for emerging GC talent – including the likes of Australian Richie Porte – to show us what they can do?

It’s been one heck of a day.

Two-time Tour champion Contador crashed violently at the 62km mark and returned gingerly to the bike with what is now purported to be a broken tibia. He continued on for another twenty kilometres or so until his injuries became too much. Everything we know about this man has taught us that when he’s backed into a corner, his brilliance and sheer gutsiness comes to the fore. But today’s crash understandably proved too much for the fighter and as the car door closed on him, so too did his campaign to win this year’s Tour. Yesterday’s winner Tony Martin led the peloton up, up, up today but was eventually challenged by Joaquim Rodriguez (Katusha). It was looking promising for the Catalan until about 1.2km, when the Shark closed in super strong to secure his second Stage victory and reclaim the yellow jersey, just as his team mate Vinokourov had predicted yesterday.

Sky’s Richie Porte tried hard to hold on, but in the end he didn’t have the power to stay with the Italian, who had earlier thrown away his bidon to reduce weight, and clearly had yellow on his mind.

Rodriguez was left to ponder his moves over the coming days, and was quoted by Le Tour as saying “I haven't decided yet if my goal will be the polka dot jersey or a stage win. One goal is a call for the other one. In the mountains, I'll have to break away for collecting points and that's also the best thing to do for winning a stage.”

Indeed, we have to wonder now whether the KOM is the only jersey that still leaves a lot of guessing to do – with Sagan practically sewn into green and Nibali at 2 minutes 23 behind his closest rival (Porte), it seems doubtful there will be too many musical chairs played from here on in. That said we’re reminded time and time again that anything can happen on Tour, so let’s not discount the chance of some left-of-field excitement!

We now go into the first of two rest days. Legs up fellas – the week ahead is going to take hills to the next level!