Greipel Powers to Victory in a Wet and Wild Stage 6 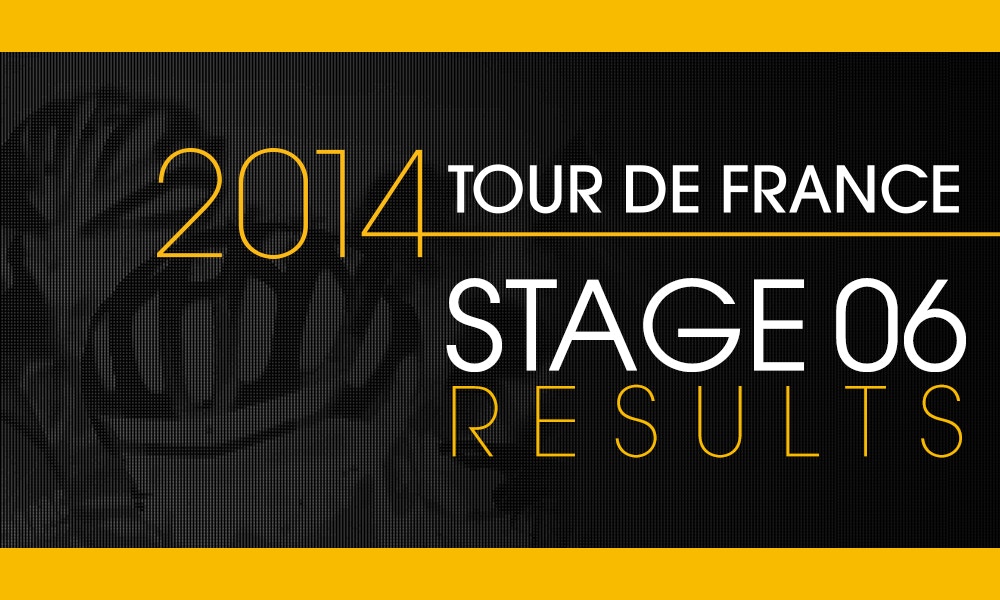 Kiwi Jack Bauer (Garmin - Sharp) after a solid ride on yesterday’s cobbles was amongst those to take a spill on wild day in northern France. He finished 19th on the stage and sits 125th on the General Classification.

It was a stage made for the sprinters. It did not fail to deliver with a high speed game of cat and mouse as the peloton swooped into Reims. A last charge by Michal Kwiatkowski (Omega Pharma Quickstep) promised a repeat of the stage two Nibali escape. But it was not to be.

The German charge continued as André Greipel of Lotto-Belisol took line honours. Winner of stage 1, 3 & 4 Marcel Kittel (Giant - Shimano) was unable to contest the sprint due to an unfortunately timed puncture in the final kilometres. All is not lost for Kittel he will have further opportunity to take line honours on the flat stages of 15, 19, and the final stage through to Paris.

Overall stage 6 provided no relief for an already battered peloton. Rain, wind, and the slippery roads of northern France led to a number crashes and nervous vibes. A further three riders abandoned the tour including one of Alberto Contadors (Tinkoff-Saxo) key mountain helpers, Jesus Hernandez. There was yet another lost for Team Sky, Xabier Zandio has left the race. An office favourite of ours Kiwi Jack Bauer (Garmin - Sharp) was also amongst those to take a spill.

Check out everything you need to know about Richie Porte.

This weekend’s stages promise more action, with stage 7 having a tough finish (considered too hard for the pure sprinters of the peloton) and stage 8 climaxing with three categorised climbs. Watch this space. Will we see Peter Sagan rise?