The Foil Gets Even Faster 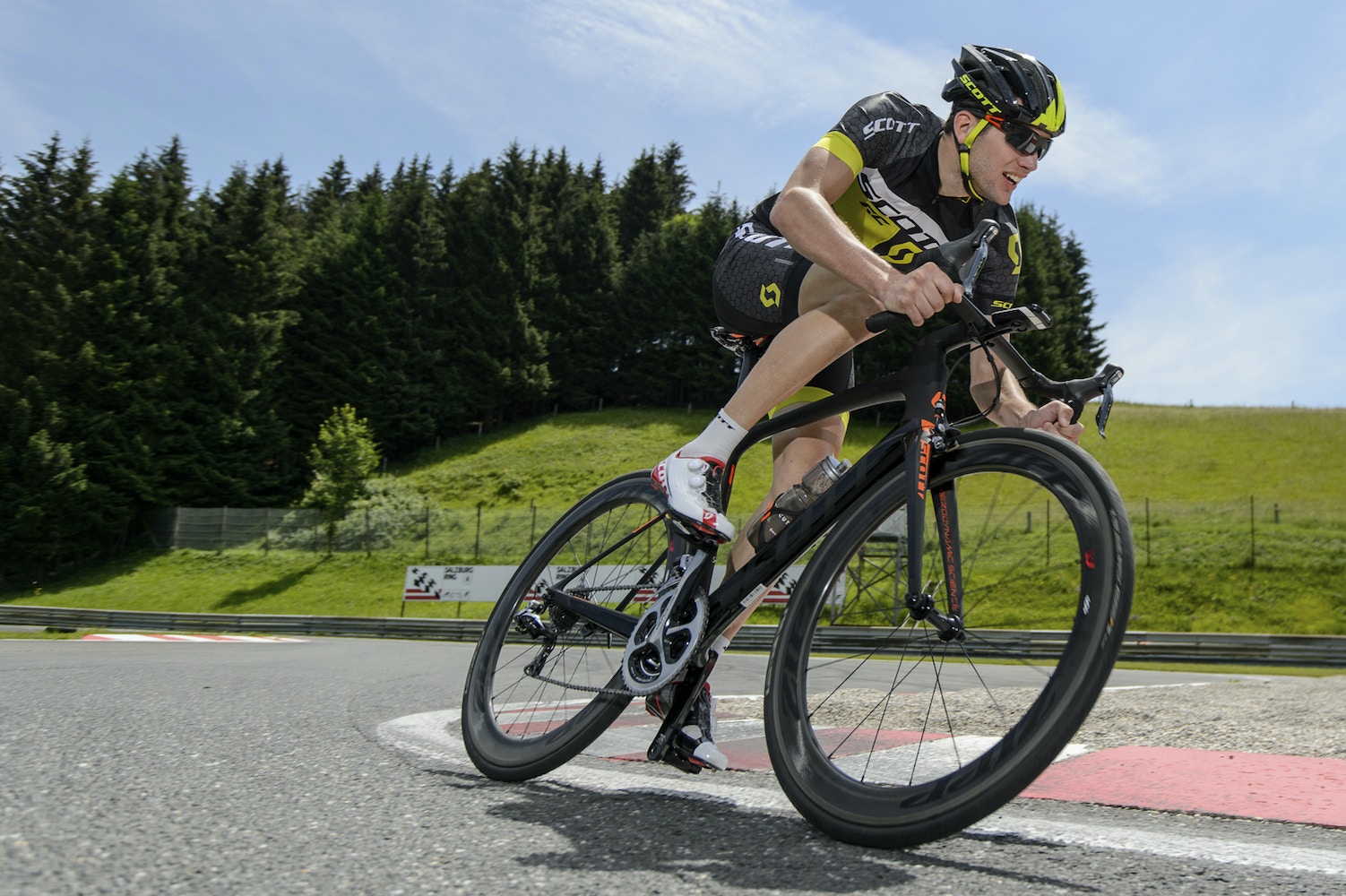 There was plenty of excitement around the launch of the new Scott Foil, very few details were released which only added to the anticipation. A few snippets of pro riders riding around a very different looking bike with an angular camo paint job were the only clues that something cool was coming down the line. Here's everything you need to know about the new model.

The Scott Foil has had a very successful time in the pro peloton, racking up 115 World Tour victories since 2010, but after 5 years an update was on the cards.

The new edition of the Foil has had a significant upgrade, including a change of frame shape, greater integration and a reduction in weight. The tube profiles maintain their truncated shape, which Scott say enable the frame to be stiffer than other frames with a more teardrop profile. For the pro peloton, the claimed aero improvements of the new Foil compared to the old are significant. A saving of 6 watts or 27seconds over 40km (at 45kph), which might not seem like a huge amount for the average Joe, could mean the difference between a win and a loss for a pro rider.

Tips from the pros, how to descend like a crazy horse!

The new frame weighs in at 945grams and together with the 335gram fork, makes for a very light aero bike. This will enable to the pro teams to easily hit that UCI weight mark of 6.8kg, even with a deeper profile wheelset and all the usual additions such as power meters, pedals and cages.

One of the biggest changes on the new Foil is the one piece stem and bar combination. From an aerodynamics point of view this cleaner front end will save on frontal drag and make a significant saving in watts. Interestingly, some cables can still be seen, but through extensive wind tunnel testing, Scott have discovered that it made no significant difference to drag. As a result they have chosen to keep some cables exposed which will make it much easier for mechanics and riders alike to make small adjustments.

Having the one piece stem and bar will also improve the bikes handling. Obviously having one piece instead of two will create less flex, leading to a much stiffer feel, improving responsiveness and therefore better handling.

Sprinters will love the new set up. When they really put the power down coming into the finish line, the stiffer front end will enable them to gain more leverage and push more watts. There’s no doubt every sprinter on Orica-GreenEDGE and IAM Cycling will be on board the Foil for all flat stages in this year’s Tour de France. IAM Cycling’s Heinrich Haussler gave his thoughts on the new model. “While certain riders switch between the lightweight SCOTT Addict and the aerodynamically advanced Foil depending on course characteristics, I really appreciate the Foil for almost every race due to its stiff and aerodynamic yet lightweight nature.”

Another key difference with the new version is the dropped seat stays. This seems to be a consistent new trend for the aero bikes, creating a more aero profile, but also creating a more compliant ride, which is the biggest complaint of traditional aero bikes. Scott claims the new Foil offers “an increase in vertical compliance of a stunning 89% compared to the first edition of the Foil”.

It will be very interesting to see which bike riders choose for cobbled road races. Once upon a time, it would be inconceivable to think an aero bike would be seen on the pave, but with its improved compliance, we may very well see the Foil lining up to tackle the rougher surfaces. The rear brake has been moved underneath the chainstays, which is in contrast to most other manufacturers who seem to be favouring the seat stays. Scott put this down to a rider comfort issue. Having the brakes in this positon allows for greater compliance through the seat stays and seat tube, which was clearly of the utmost importance when creating the new Foil.

The great news for all of us is the new Scott Foil will be available in 5 different models. The frame shape will stay the same, only the wheelset and drivetrain will change, which is more great news.

Keep an eye out for the new and improved model landing at your local bike shop soon!

Thanks Scott for the great photos (Leiser, Michael Rauschendorfer)